Batumi In March: Old And Confused | Lost With Purpose

Batumi is a popular beach town on the Black Sea coast in Georgia. It’s a hopping place in summer, but we visited in winter. What was it like to visit Batumi in March?

After spending a few days in beautiful Tbilisi, we decided to go to the beach town of Batumi, close to the Turkish border. Back in the day, Batumi was a major strategic port. So important even that dynastic families like the Nobels and Rothschilds invested heavily in Batumi. Those days are gone, and Batumi is now mostly known as a getaway for Russian holidaymakers, though some of its charm does remain.

Batumi, like much of Georgia, feels stuck somewhere between the days of yore and the future. Ugly new skyscrapers and structures dot its skyline, while old colonial style buildings wither and decay. It seems like every other building houses a casino. This makes Batumi feel rather confused. 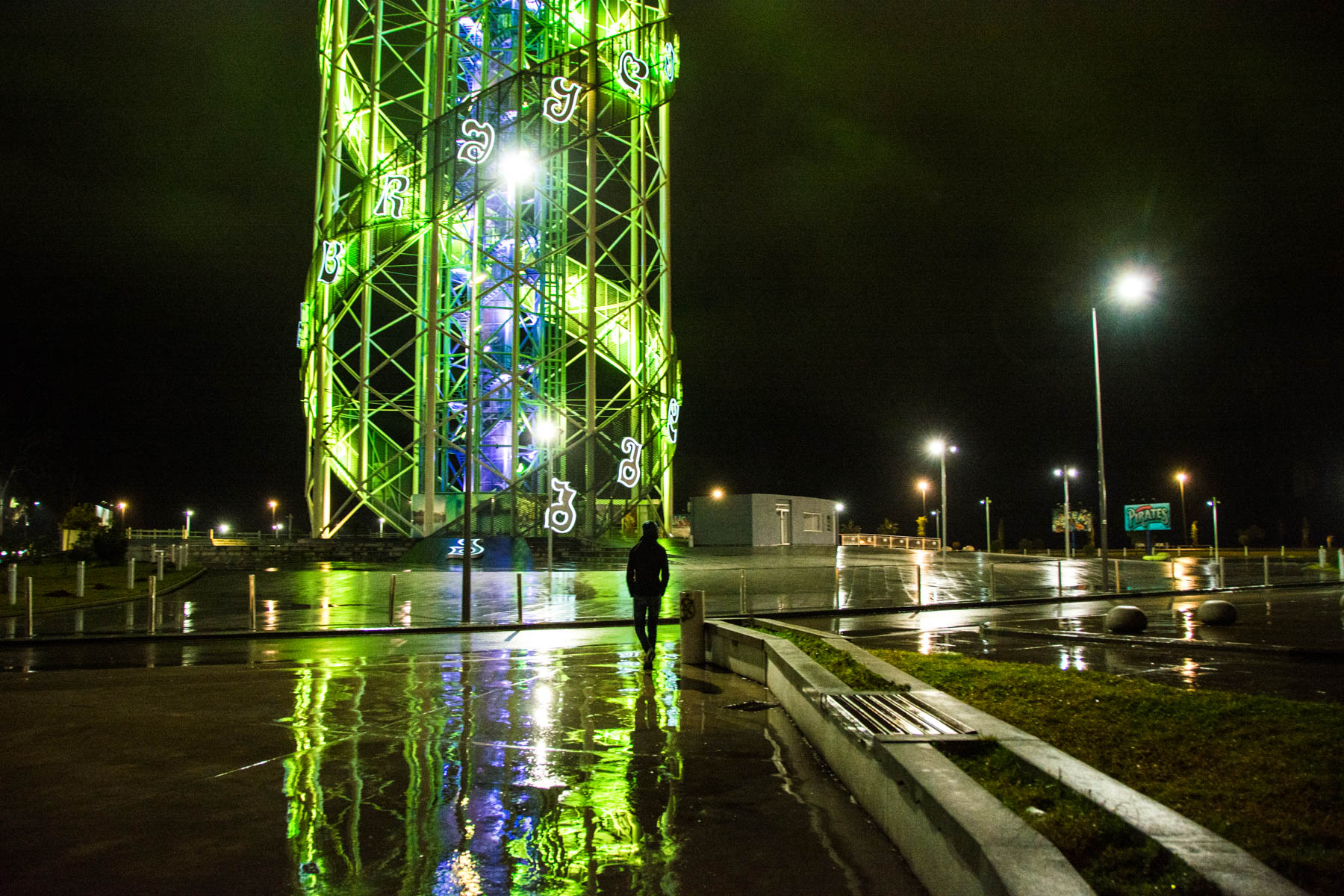 The Alphabetic tower is one of the bizarre new structures that give Batumi a confused feel. 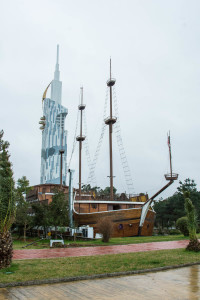 The skyscraper in the background may be one of the ugliest buildings I have seen in my life. At least there’s this nice random ship to distract from it?

The theater, on the other hand, gives a glimpse into the days of yore… too bad it was closed.

So what is there to do?

Batumi is a beach town, and in the summer Batumi is quite popular. Luckily for us, we visited in winter time (sarcasm). The beach was very rocky and thus not very comfortable, and rained when we were there–guess I brought over some bad Dutch weather juju. 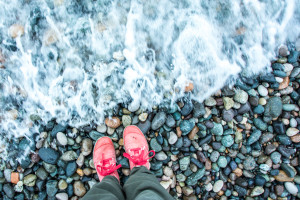 Bringing down the house: destroyed beach huts line the boulevard.

To occupy you in the off-season, there are several nice churches (surprise!) you can visit for free. The Armenian church, with its blue stained glass and colorful interior, is definitely worth a visit. There is also a Catholic church, although most people have forgotten about its Catholic origins, as it now serves as an orthodox church.

One of Batumi’s main draws (besides the beach, and, presumably, its casinos) is its botanical garden. Strolling around the garden is pleasant enough, even if you are not a nature buff, and some of the views are drop dead gorgeous.

A panoramic view of the Black Sea from the botanical gardens.

The sunny walk is very pleasant.

The garden is about 8 kilometers out of town. You can get there by taking marshrutka 31 from Chavchavadze street. Make sure to take the right one! We took the minibus going in the opposite direction, and drove through downtown Batumi for an hour before heading in the right direction. Scenic routes ahoy!

The marshrutka in the right direction is on the right hand side of the street when you face the cable car, heading towards the water and away from the city center. 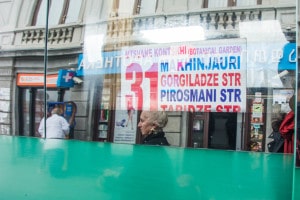 Make sure to ask the driver if he’s going to the gardens!

Where to stay in Batumi?

In high season, Batumi is packed, so if you go, book early and expect inflated prices. We were quite surprised to see that even in the low season, prices for hostels were quite steep ($13 for a bunk bed, are you for real?!). Luckily, we found a great little steal: Verona Hotel. If you want to meet other travelers or want helpful staff, this is not the place for you. If you want a room that is great value for money, this is it. Book Vernona Hotel here.

The double room had one of the most comfortable beds we have slept in while on the road and came equipped with TV, aircon and a fridge. There’s even a private bathroom to boot. The price you ask? 30 GEL a night. Now is that a steal or what?

Looking for more options? Check Travel with Pedro’s guide on where to stay in Batumi!

We took the night train from Tbilisi for 25 GEL per person, riding in 1st class. If you think that this means a sleeper train, you are dead wrong.

Even though the train was totally pimping, and had working wi-fi throughout the whole voyage, the lights never went off, and people were talking throughout the night. Add in loud announcements about upcoming stops every half hour and you get one certifiably sleepless train. Unless you’re really keen on nightly travel, or want to save on accommodation for a day, go by day instead.

The train arrives at Batumi central station, which is next to the new bus station, and about 3 km out of town. You can take a bus or marshrutka into town. There were no marshrutky or buses to be seen when we arrived at 6 in the morning, so sleepless and desperate for a bed, we took a taxi. A taxi should cost between 5 and 10 GEL.

The train station is 3km out of town. Several marshrutky stop here. Look for ones heading out of town, and ask where they’re going. 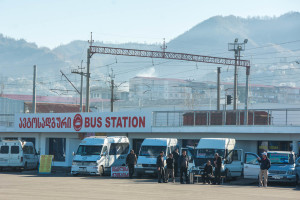 The (new) bus station is right next to the train station. This was different from the location mentioned in the version of the Georgia Lonely Planet we have.

From this same station, you can continue your journey onward. From Batumi, we headed northeast to Kutaisi by marshrutka for 10 GEL a person. There are 4 marshrutky to Kutaisi every day, leaving every three hours or so.

Nobody seemed to know exactly when they would be going–there was no time table to be seen anywhere, and everybody just shrugged when we asked what times they go at. Ours left at 11:00, but they also may just leave when full. Take care to show up early in the high season so you’re not left in the dust (sand?).

Planning your Georgian adventure? Here’s how much it costs to go backpacking in Georgia.