Updated: Where Do I Need Security In Pakistan? | Lost With Purpose

“Pakistan doesn’t have a security problem, it has a problem with security,” was our running joke about security in Pakistan. Where do I need security in Pakistan? is a notoriously difficult question for foreign tourists to answer. To make life easier, here’s a list of all the places we’ve visited (or wanted to visit), and the “security situation” on the ground. Check out this article if you want to know whether it’s safe to travel in Pakistan.

If you’ve followed our adventures through Pakistan, you know the country is dangerously hospitable. This doesn’t mean there aren’t any security issues, though.

The government, police, and army do everything in their power to keep you “safe”… and are sometimes overprotective to a fault. We’ve kept a list of all places where security, or, more likely, security personnel, might pose an issue. 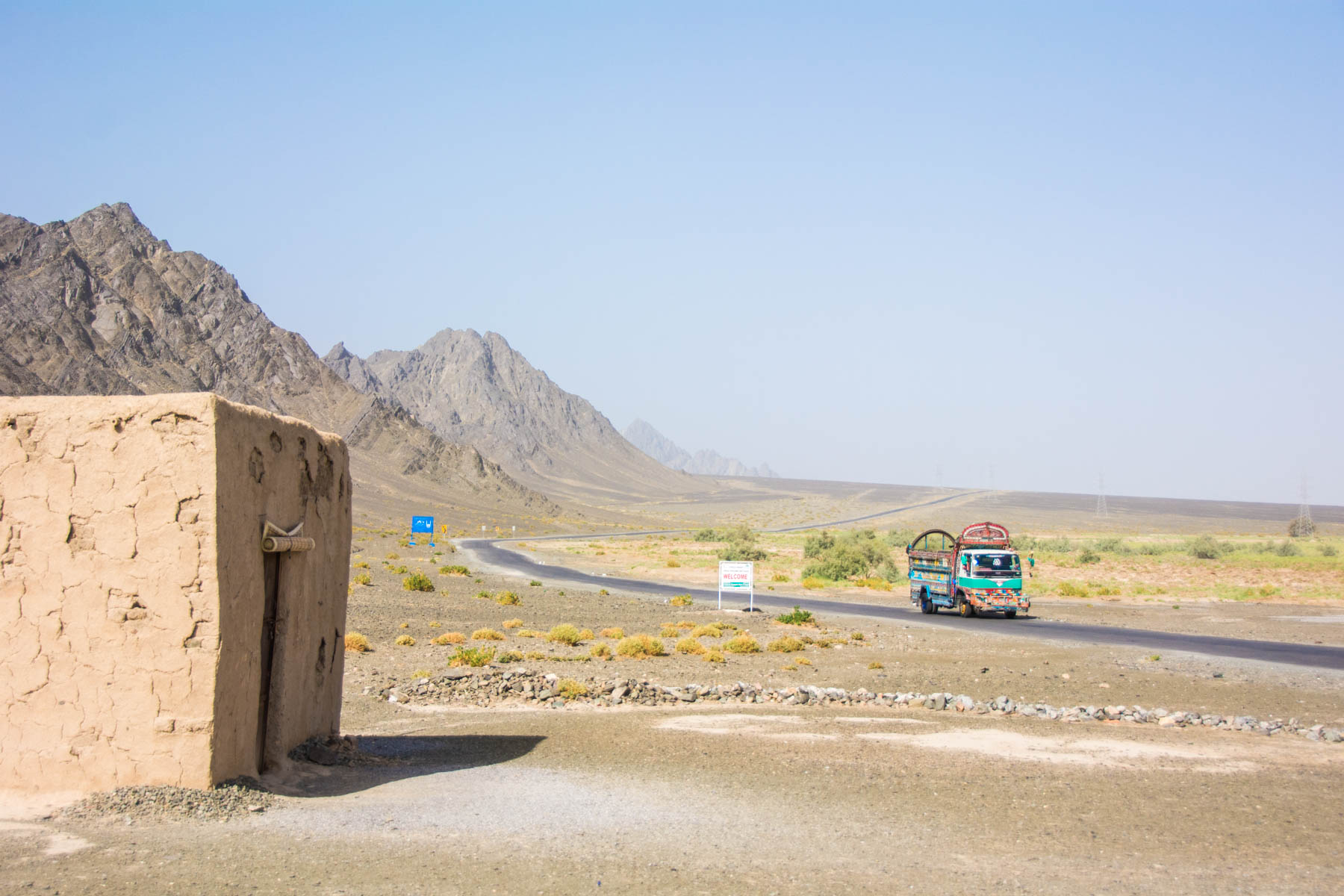 Basically off limits unless you’re going to/coming from Iran. If you’re coming from Iran, you need an NOC from Quetta, and you will have an armed escort throughout the province. If you’re going to Iran, you need to get an NOC from the Ministry of Interior in Islamabad. Let’s hope these things will change since we hear Baluchistan is beautiful. For now, though, traveling freely seems nearly impossible. 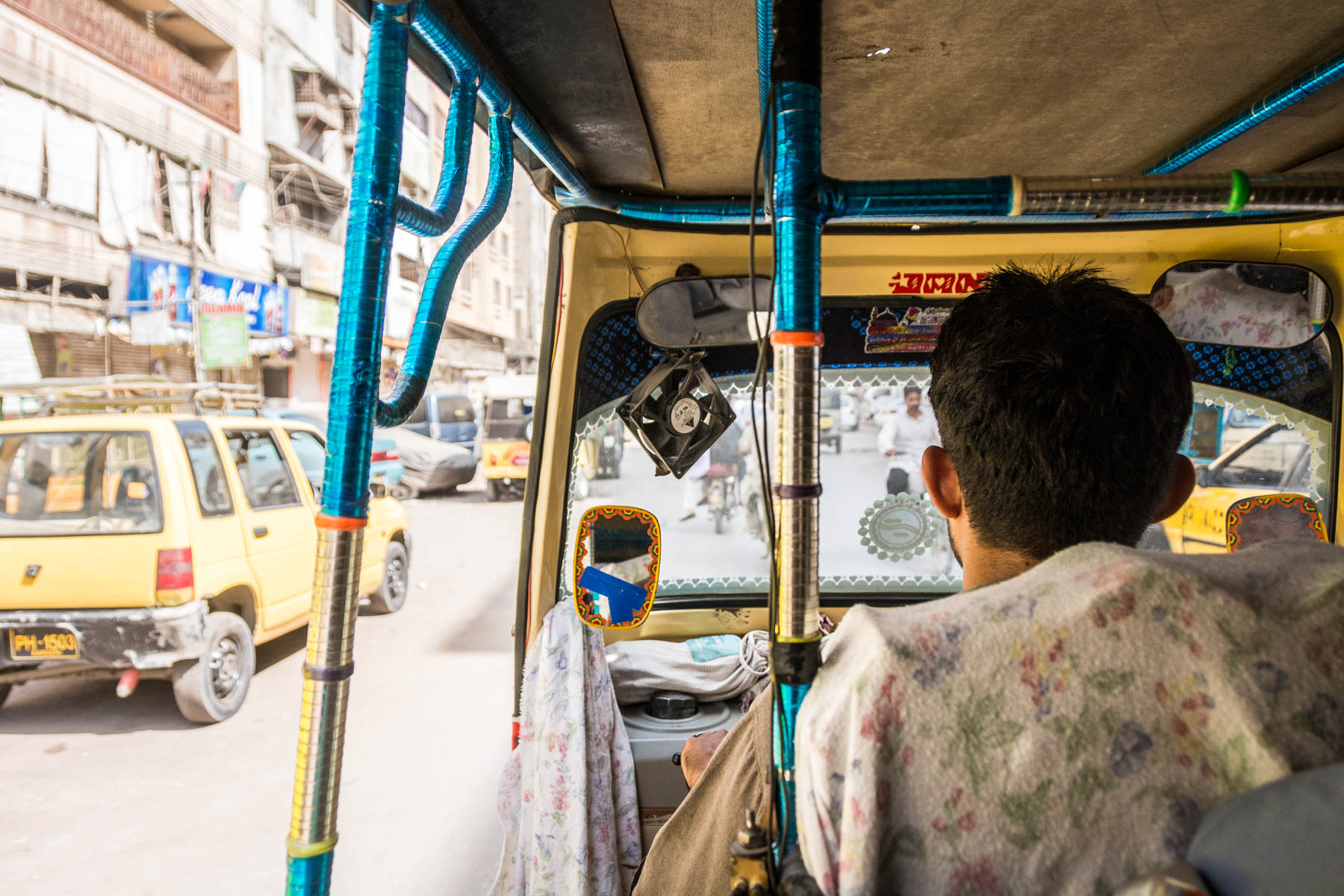 Security personnel will hardly hassle you, which is surprising because the streets are filled with heavily armed men. If they do bother with you, it’s mostly out of curiosity. 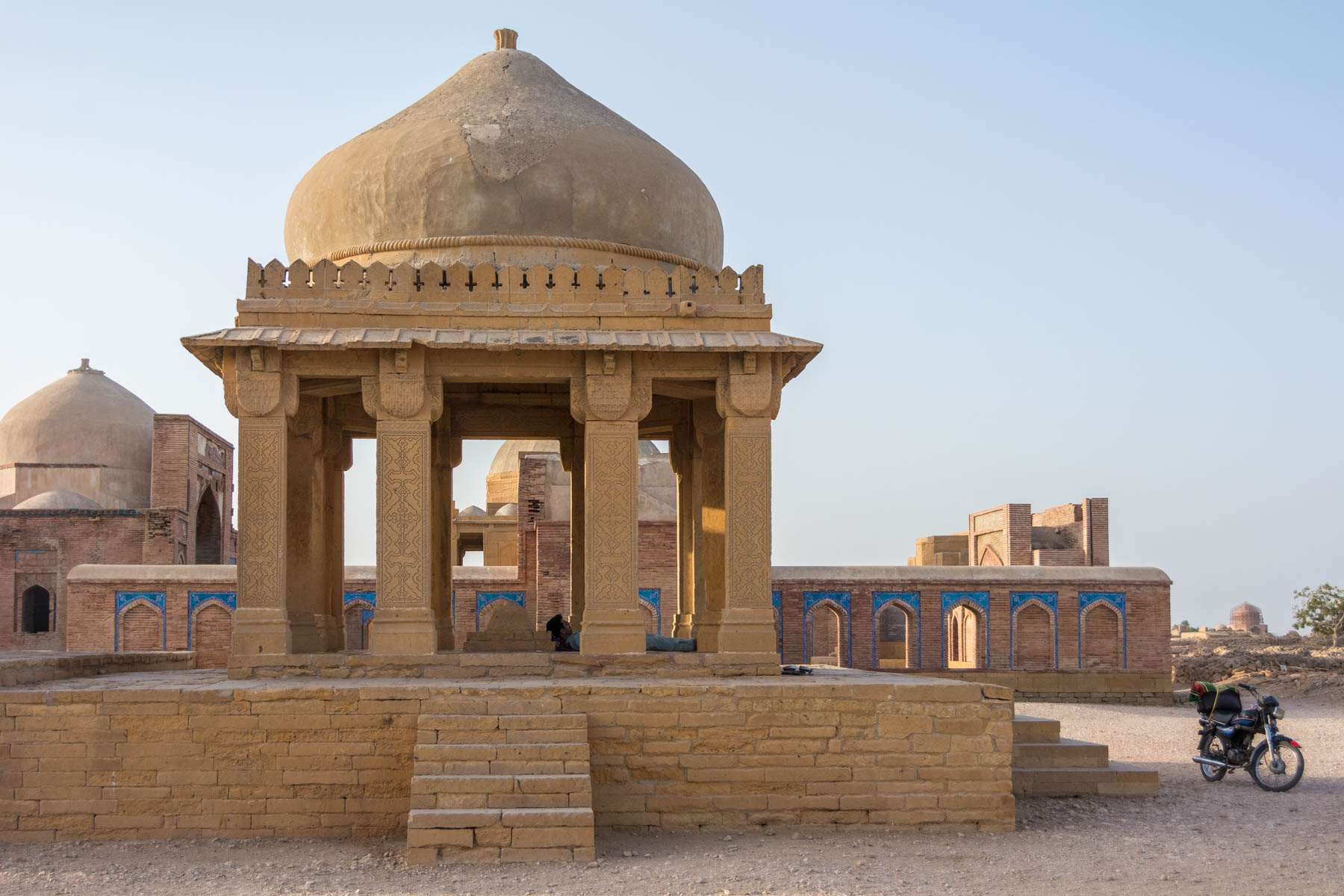 We’re not sure about this one. What we do know is that only one hotel is allowed to accept foreigners: SRO Hotel. It charges 3,000 rupees a night, which was fair value, but a bit high for budget travelers. The kind owner will more than make up for it, though. 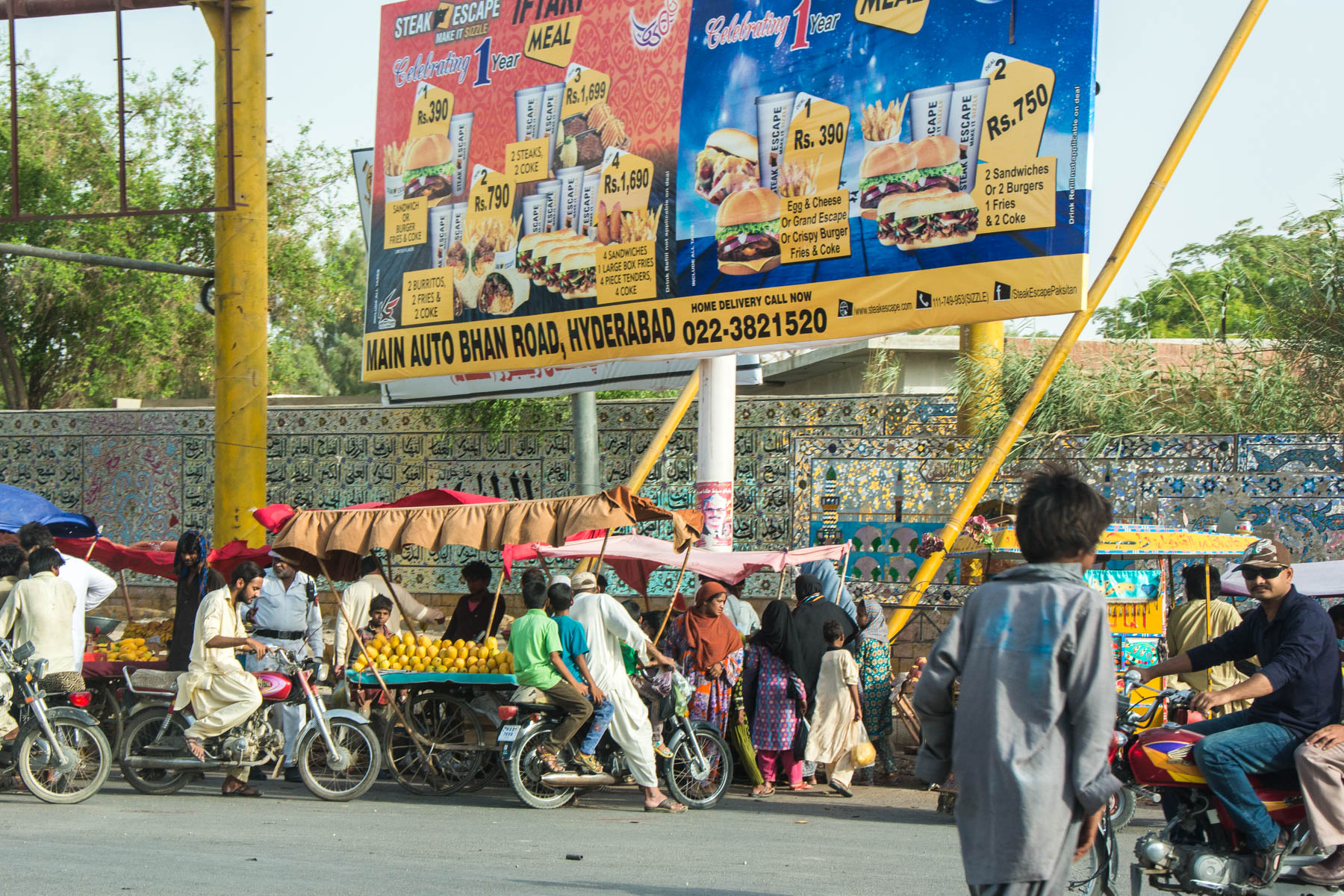 Besides the odd checkpoint, security personnel won’t hassle you.

A security guard will likely appear out of nowhere when you visit the shrine of Lal Shahbaz, and loosely follow you as you wander around. Ours was a bit overprotective: several people that wanted to talk to us were shouted away with a growl and the wave of a stick. But the guard didn’t follow us out of the shrine. If you go there during the Urs of Lal Shahbaz you will also be escorted around the shrine. 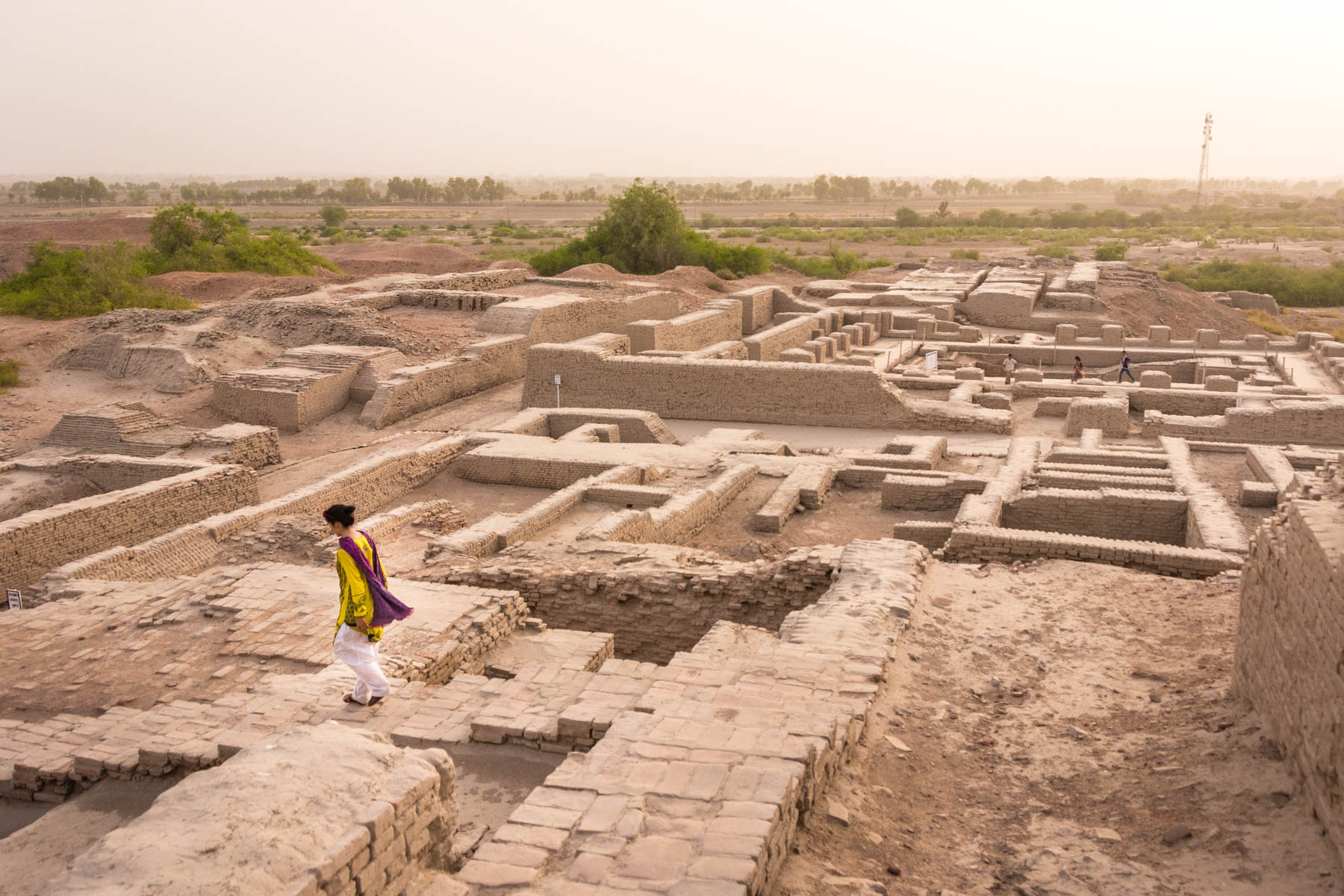 Besides the odd checkpoint, security personnel won’t hassle you. However, it’s difficult to stay in Larkana without local contacts, as most hotels won’t take foreigners.

According to Tim of UrbanDuniya, Sukkur can be a hassle as a foreigner if you’re spotted by police. They attempted to shut him in a hotel until he left, then required him to have an escort while walking around the city… despite saying the city wasn’t dangerous. 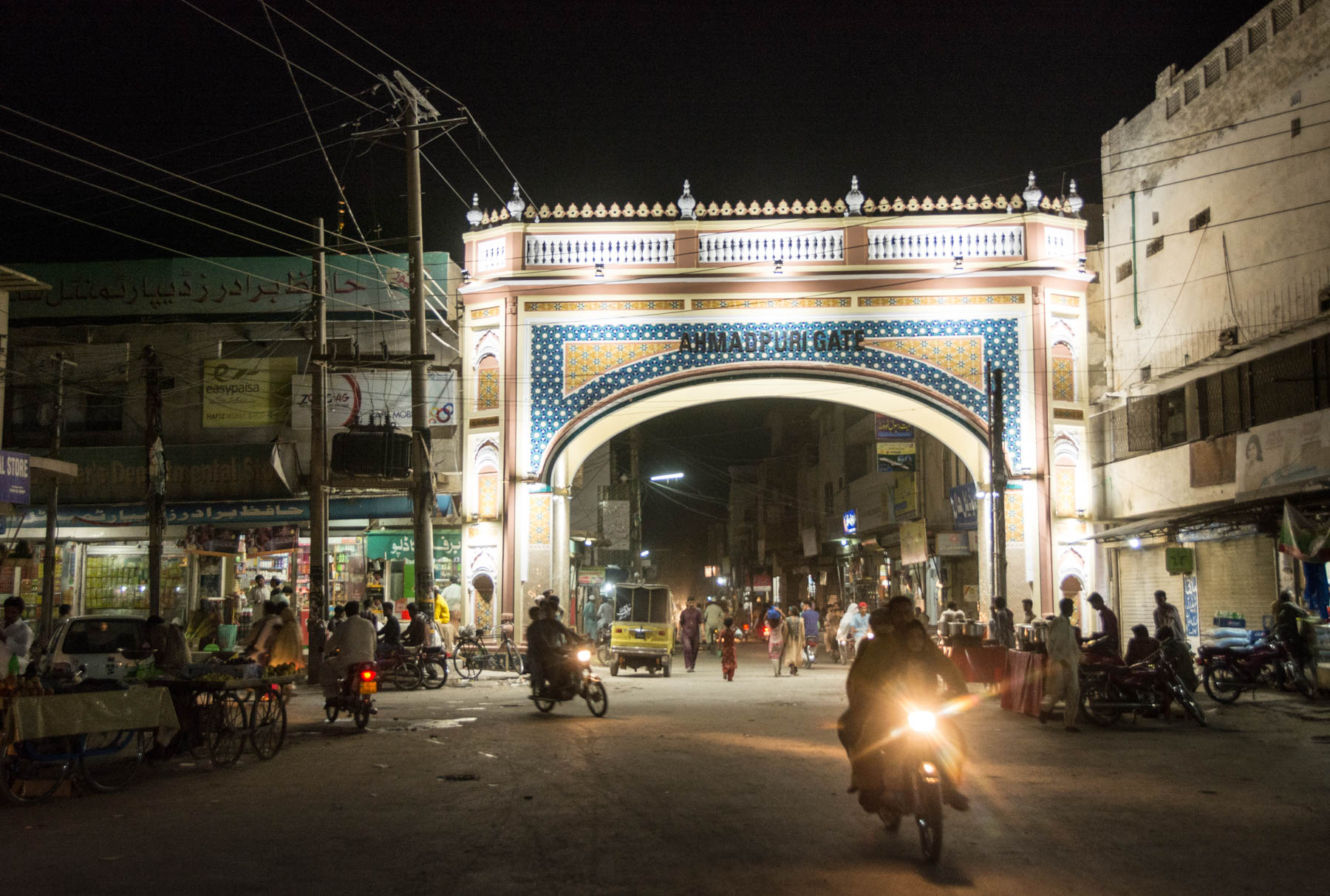 Unless you know someone here, or are using Couchsurfing, we suggest budget travelers skip it. Hotel One, the only hotel that is allowed to accommodate foreigners, is near the airport and very expensive. If you do decide to make the trip, make sure to get some kind of written permission letter from the military before trying to visit any of the sites. Anything official looking in English with a stamp should do. Otherwise, you won’t be allowed to visit any of the palaces, as they’re all occupied by the military. See the comment section for recent experiences in Bahawalpur

Unless you have a bigger budget, or know someone here/are using Couchsurfing, we suggest you skip it. Only a handful of hotels are allowed to accommodate foreigners, and all cost more than $60 per night. We also heard that security personnel tend to hassle you a lot in Multan. See the comment section for recent experiences by other travelers. 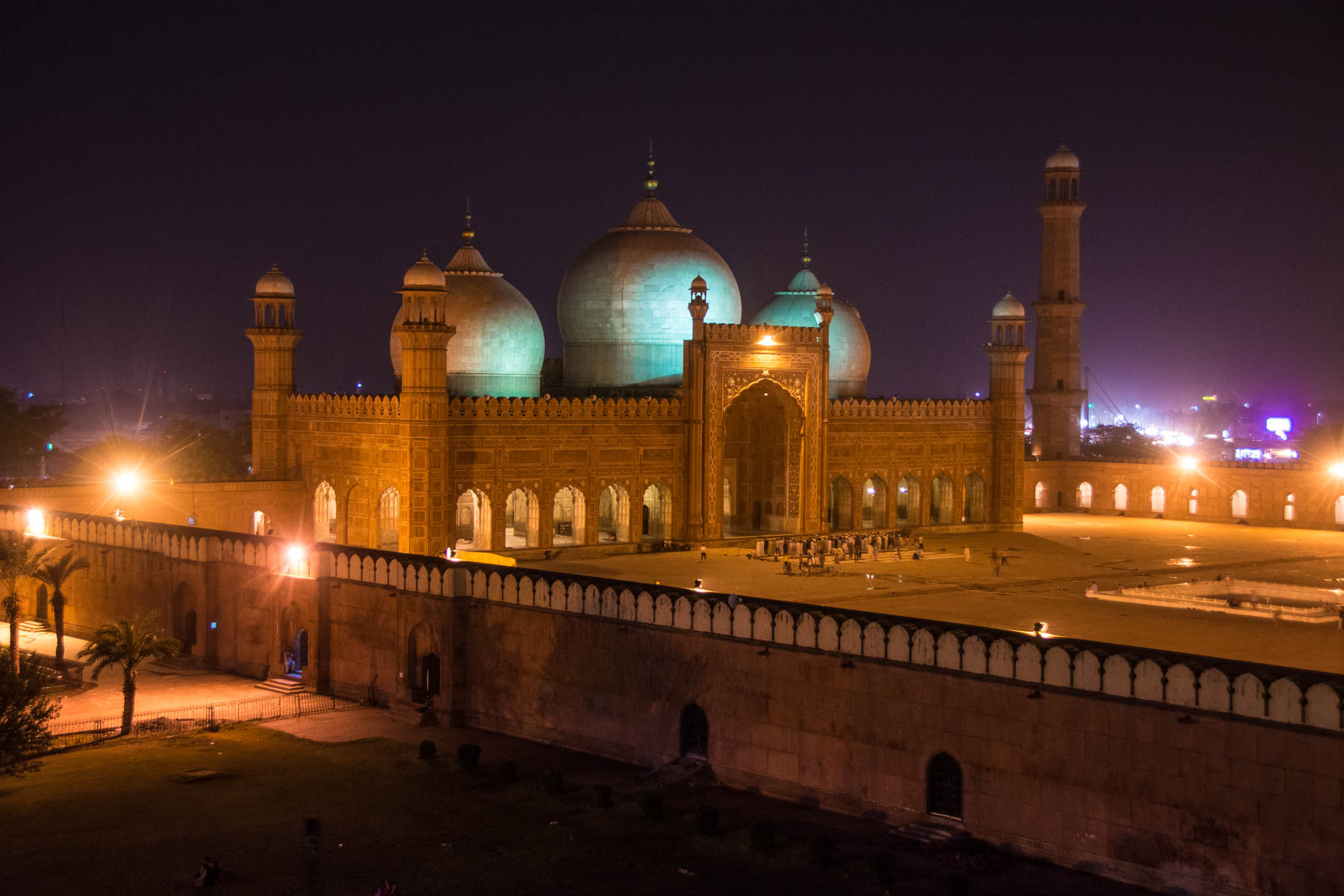 Besides the odd checkpoint, security personnel won’t hassle you in friendly Lahore. 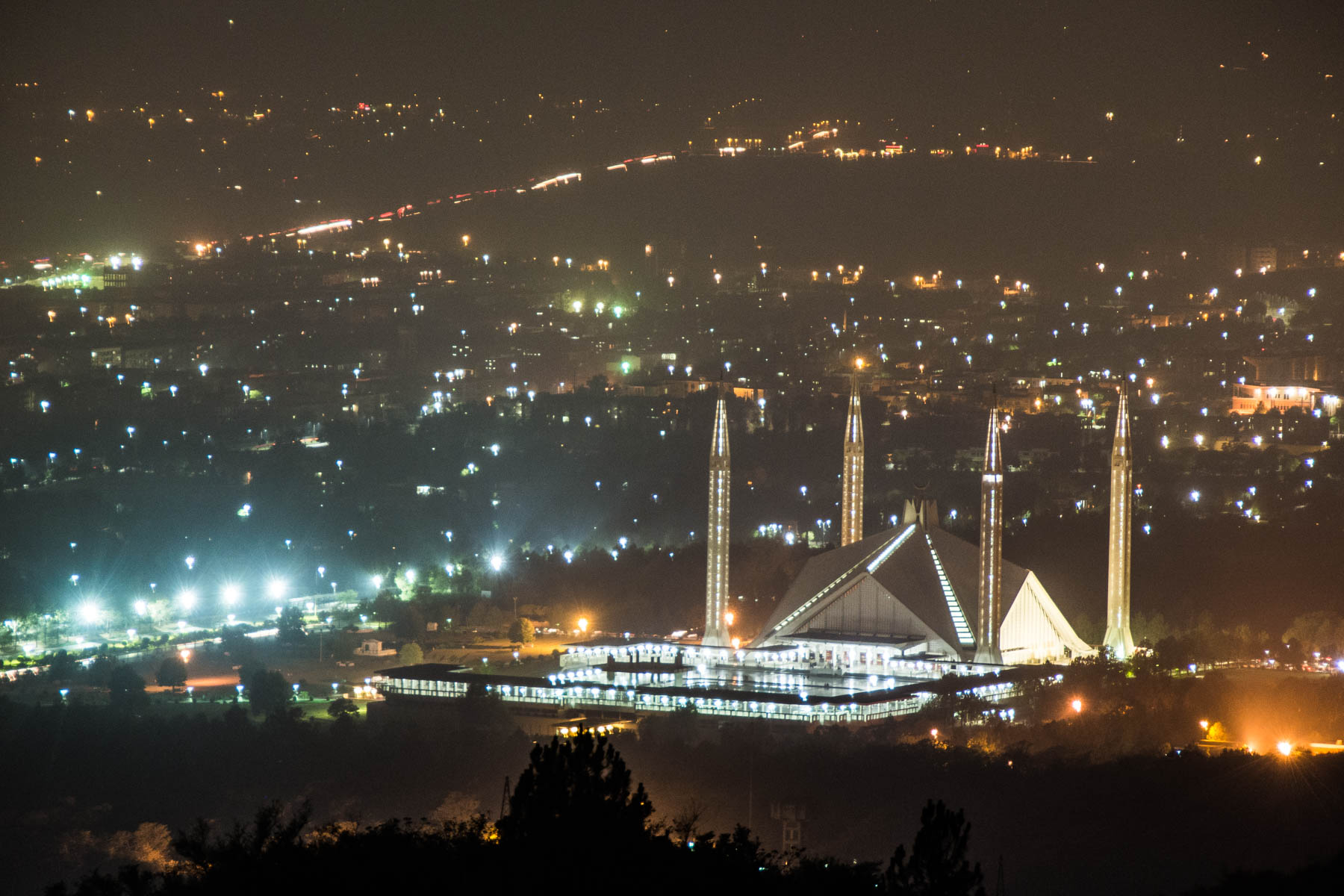 Besides the odd checkpoint, security personnel won’t hassle you.

Update May 12: NOCs for KPK can be acquired in a single day in Peshawar. 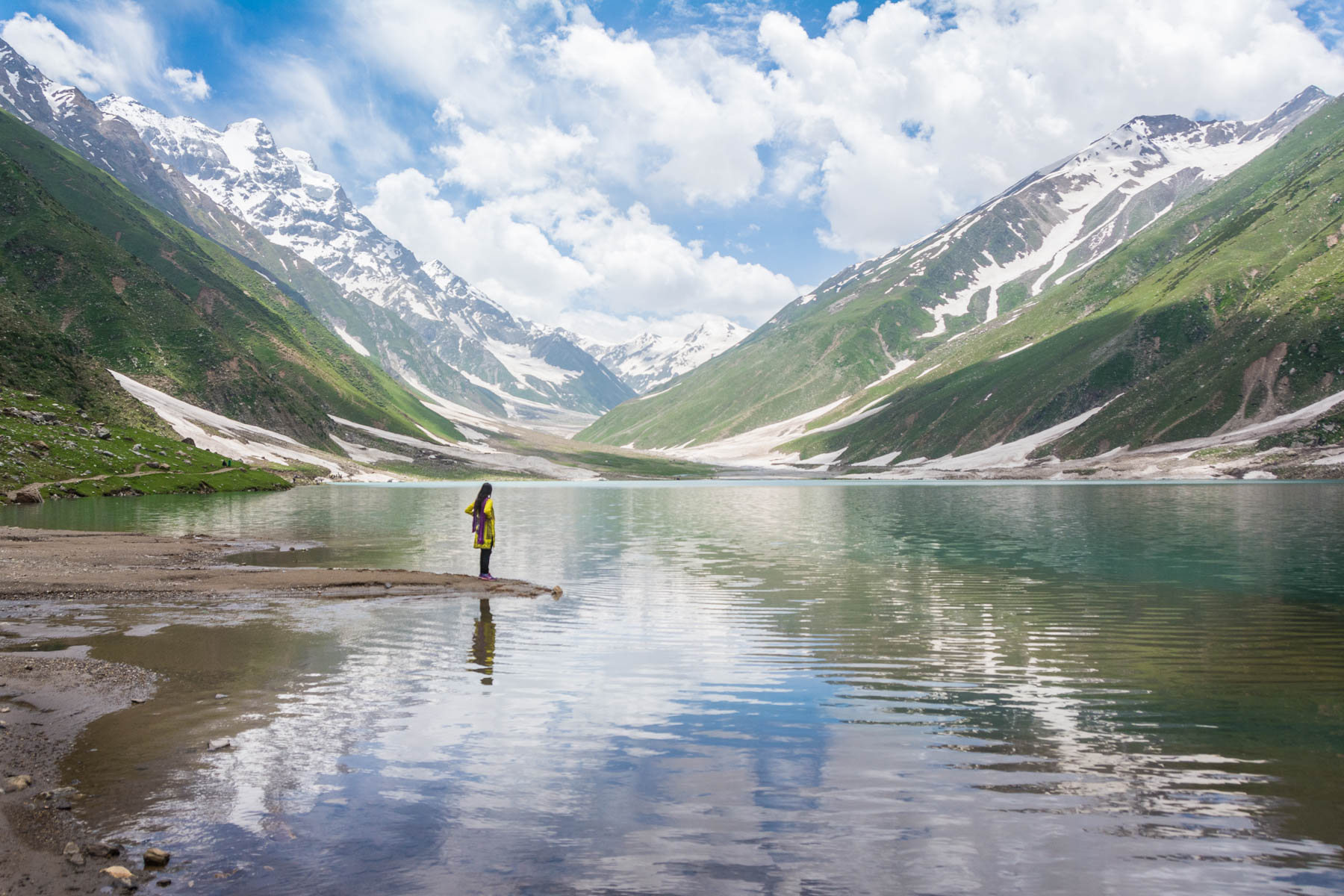 As of March 2016, foreigners no longer need permission to enter the Swat valley. You can see and download the official announcement here. Could be useful for showing to pesky police!

Update August 14, 2016: Will H. says that authorities are still asking for NOCs all throughout Swat. The Karakoram Club Facebook group can help you with organizing an NOC for Swat valley, and you can find out more about traveling through Swat and the northern areas in Will’s comprehensive guide to backpacking in Pakistan.

Update May 2017: There’s a Swat Valley Backpackers Facebook group that can help foreigners arrange NOCs and figure out travel in the region.

Update September 2017: NOCs are definitely not needed, and though some secondary parties may need some convincing, we did not need to provide any NOC to enter Swat or the surrounding areas.

Foreigners no longer need a NOC to enter Chitral.

Update May 11, 2017: Several foreigners traveling from Gilgit to Chitral have been turned away on the road to Chitral since they had no NOC. It’s not Chitral that’s the problem—it’s the road to it! Rumor has it that as long as you have a security escort, you’ll be able to pass through without issue. Alternatively, you can simply fly to Chitral or approach from Peshawar/the south and avoid the issue.

In season, foreigners are allowed to enter and stay overnight in Kumrat Valley. However, we tried to stay in the off-season, and were prohibited by the army… and our driver. Their reasoning? Because Alex is a girl, and it’s dangerous for women to stay overnight in the valley for fear of kidnapping.

Bollocks (literally) aside, if you’re a woman or traveling with one, don’t plan on staying overnight in Kumrat Valley unless you have an escort, or are visiting in the high season (June – August).

Update May 2017: There was a big kerfuffle about foreign tourists requiring a NOC for all of Gilgit-Baltistan at the start of this month. However, the ruling was never enforced and ultimately was reversed thanks to resistance on all fronts. Foreigners have been freely traveling through the region without issue.

No security issues. You may have read reports of needing security in Gilgit, but we were informed in July 2016 that the rule was changed a couple of months ago. Foreigners no longer need to be escorted in Gilgit.

We only recommend coming to Chilas if necessary for breaking up a trip that goes through Babusar Top in summer (ex. to Fairy Meadows or Naran).

If you come by road via Babusar Top, you’ll get a police officer to you from there to Chilas. There are only two hotels in Chilas that are allowed to accommodate foreigners: Shangri La Hotel and Panorama Hotel. Both are relatively expensive. You also won’t be allowed to leave the hotel without police supervision. The police will only show up to escort you out of Chilas and to your next destination. 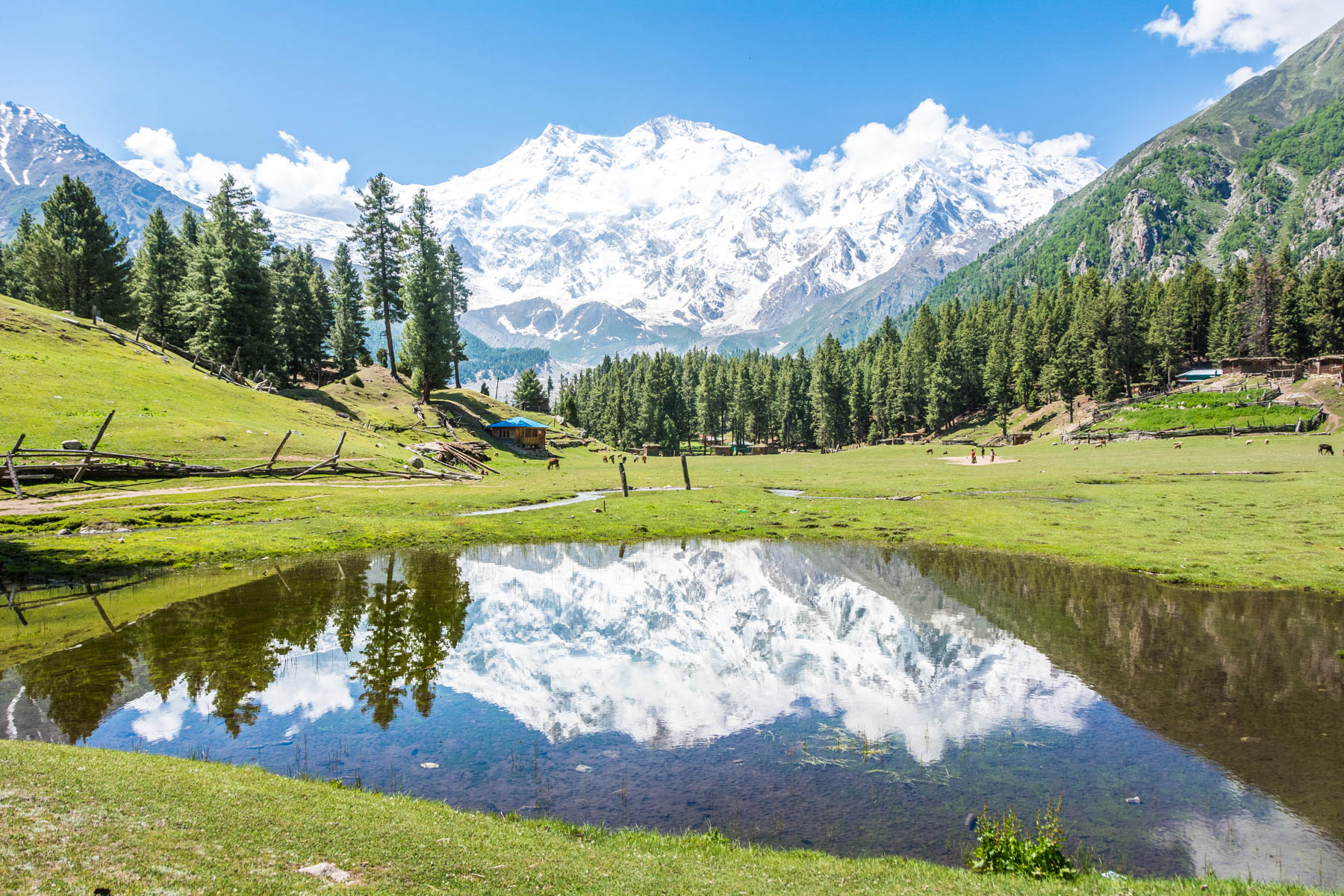 The police officer will sleep in the police hut in the meadows, and will leave you alone while you’re in the meadows. You’ll need to alert the officer when you want to go hiking to places such as Biyal or the Nanga Parbat base camp so they can accompany you. 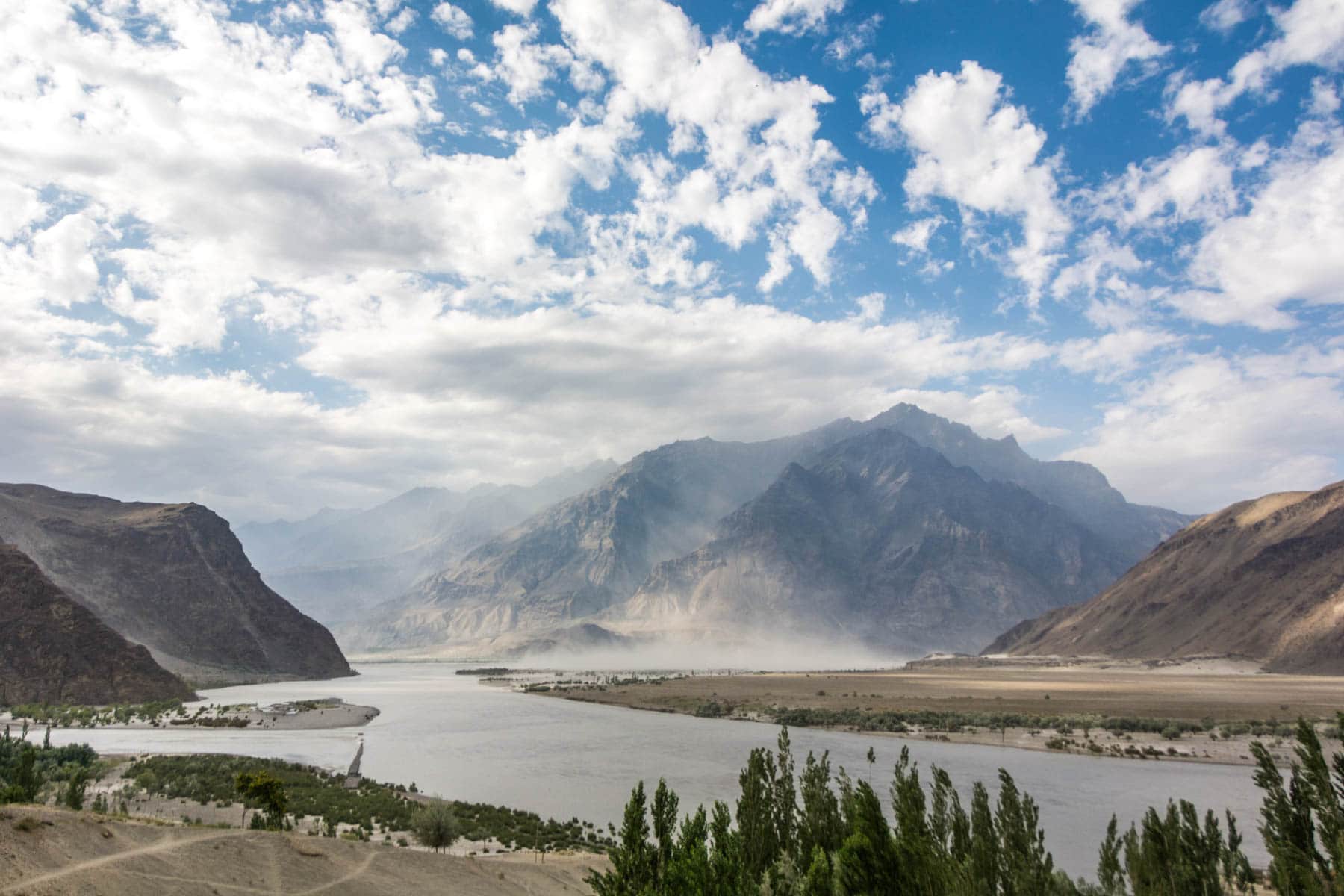 We were told foreigners cannot go there unless they are with a guide, or have permission from the military. Two independent German tourists were turned away a couple of weeks before the time of writing (early July 2016).

Update July 24, 2016: Two British motorcyclists made it to Naltar and were not required to have a guide, only go through checkpoints.

You need to register once you get to Yasin, and police might hassle you. There is no official need for security, but the police can get overly protective and officious. 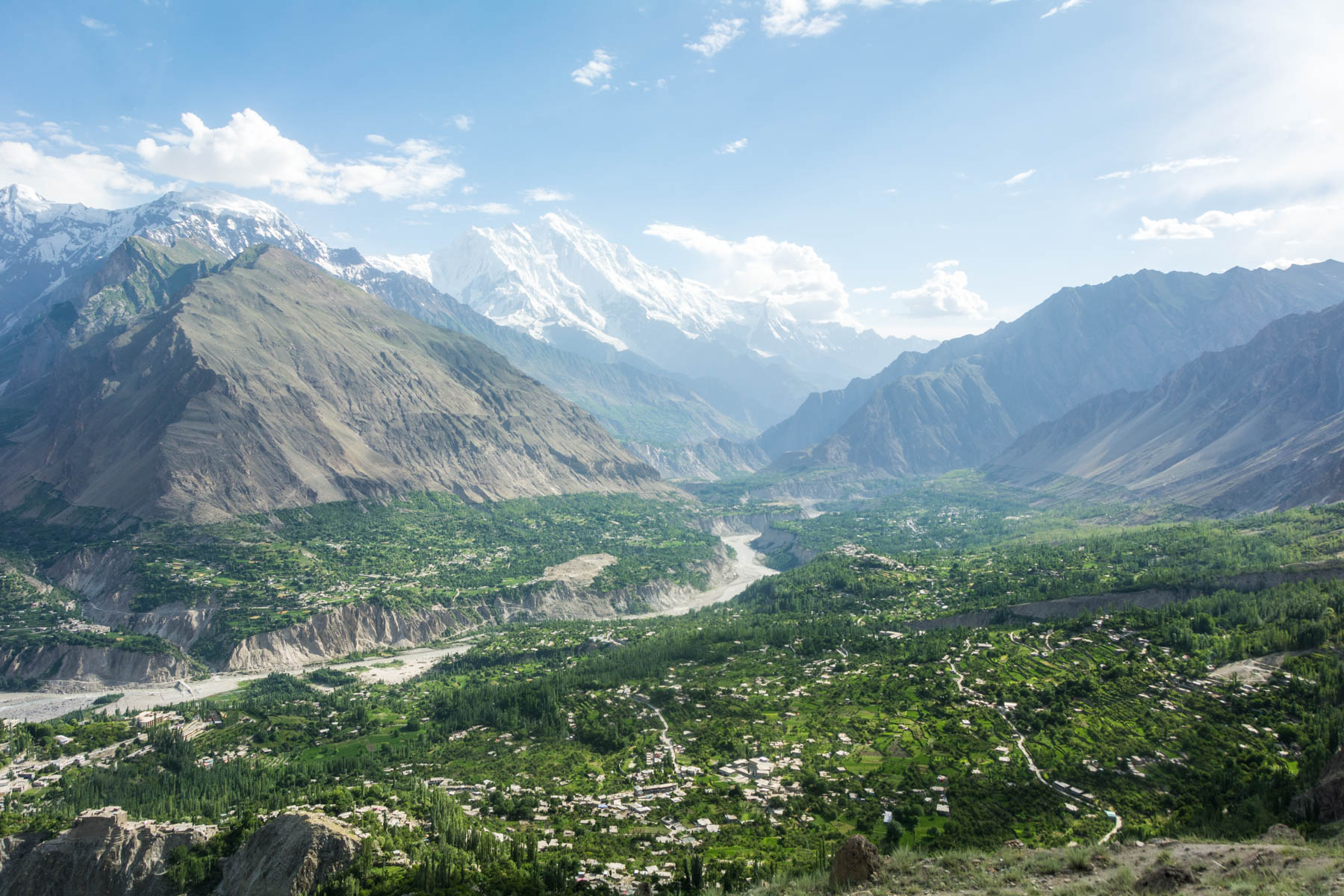 We’ve heard stories of foreigners being followed by the intelligence, but we had no trouble here. Quite the opposite. 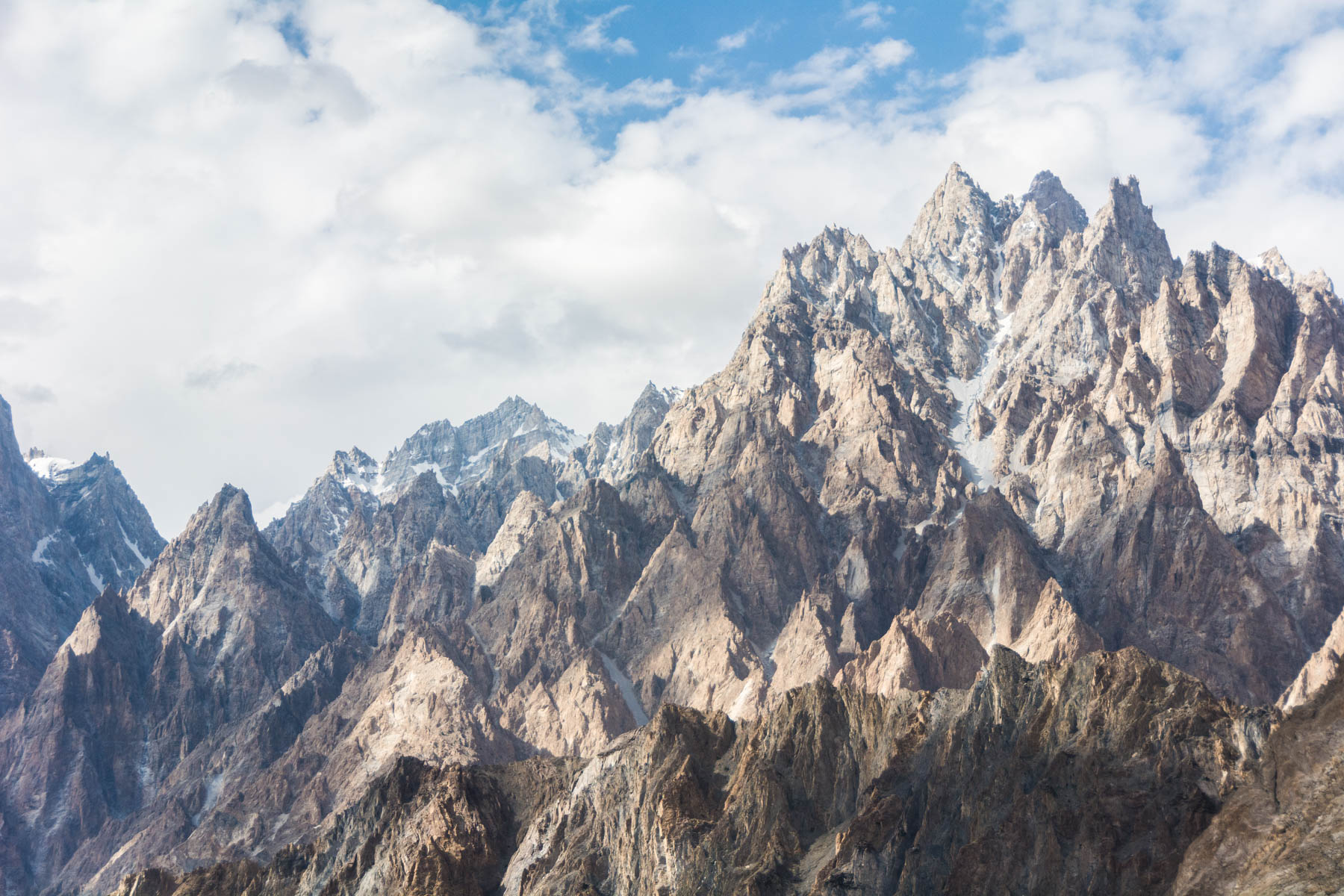 You’ll be escorted from Aliabad onwards by a guard, who will leave you once you arrive in Sost. We were hassled a bit by intelligence in Sost–just be firm, ask for their ID, and be wary of who you give your passport to.

Where to find more information?

There’s a new Facebook group in town: Backpacking Pakistan. It’s specifically oriented towards foreigners traveling to Pakistan, and is admittedly much easier to sift through than the Karakoram Club group. I’m an active member, as are other bloggers.

For the record, you’re technically required by the Powers That Be to check in at a police station when you enter a new city. So intelligence can stalk you and all.

But for those looking to lurk under the radar, we highly recommend connecting with locals via services like Couchsurfing or the Karakoram Club on Facebook.

If you’re taking public transport, the police will find you eventually, but staying in local homes and getting rides from people you meet is a good way to avoid security escorts along the way. 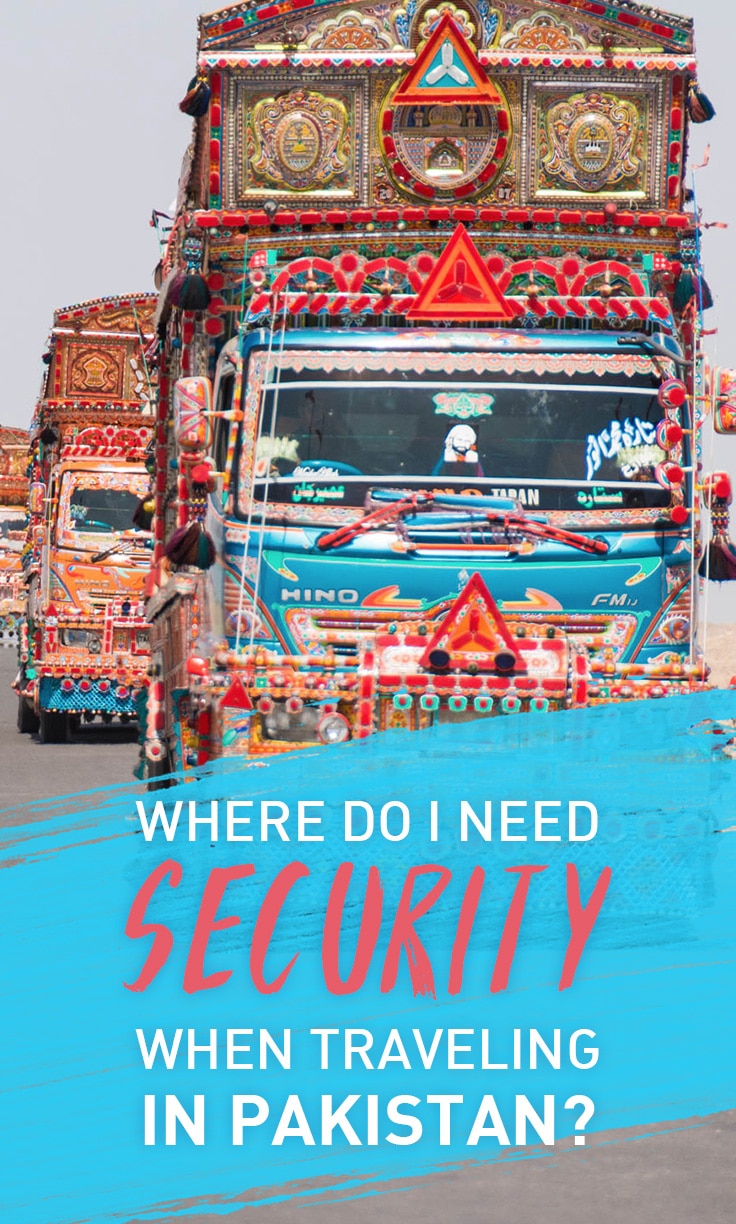 Traveling to Pakistan? Don’t miss our practical Pakistan travel guide with everything you need to know!