The day I was accused of being an Islamic State spy 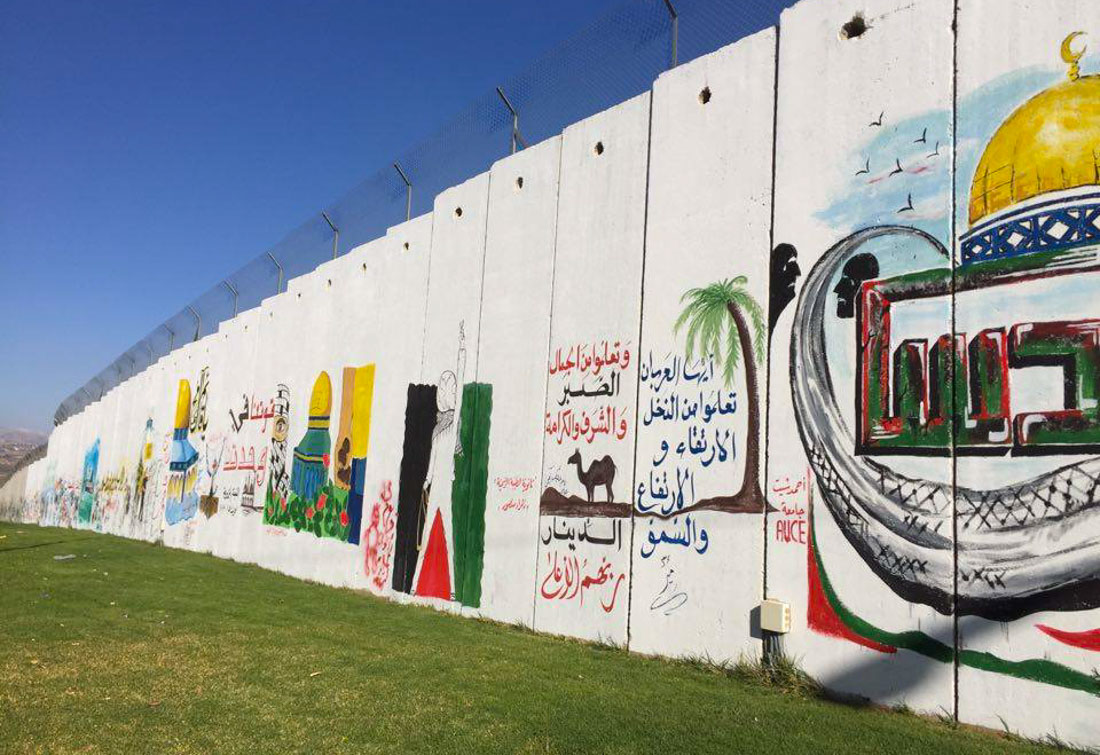 One day, the Lebanese army accused me of being a spy from the Islamic State. How did it happen?

While traveling in Lebanon, one day I decided to go south and visit the wall that separates Lebanon from Israel. Both countries had been in a continuous war for several decades and today, diplomatic relations between both countries don’t exist, since they still consider each other enemies. This one of the most sensitive borders in the world.

These two Middle Eastern countries share a 79-kilometer border. For the most part of it is unreachable, as it’s located too far from the road. But I was told that there’s one area where you can actually get close to it. I liked the idea pretty much, so I decided to go there.

As I could see on the map, the area is located kind of in the middle of nowhere, so reaching it by public transport can be quite tricky. I had to take a couple of different buses, a shared taxi, and as soon as I saw the wall, I told the taxi to stop. I dropped off and there I was… in the middle of nowhere and next to one of the most sensitive borders in the world.

Arrival at the Lebanon-Israel border: Greetings and welcoming from the Lebanese Army!

I started walking along the border with my camera and after 500 meters, I saw the white military tanks and soldiers from the United Nations. They were everywhere. I didn’t know what to do, so I just tried to behave normally:

It seemed that those United Nations soldiers didn’t care much about my presence. They were just greeting me back, but then I met the Lebanese Army and they didn’t seem to be as cool as those from the UN. Different soldiers stopped me and asked for my passport over and over. They didn’t leave me alone… and I just couldn’t enjoy.

I continued walking until a Lebanese military car stopped next to me:

– Soldier: Where are you from?

– Soldier: What are you doing?

– Me: Nothing, I am just walking and came to see the wall

– Soldier: Why do you want to see the wall?

– Soldier: Why are you carrying a camera?

– Me: I just wanted to take some pictures of those gratifies

– Soldier: Get into the car

Once in the car, he called someone over the phone and all that I was able to understand was: ‘’Spania, Camera’’.

He took me to a military base and left me in a room. Then, his captain showed up. He asked me the same questions as before and then he said:

– Captain: Do you know that this area is controlled by Hezbollah?

– Me: No, I didn’t know (Bullshit, of course I knew it was a Hezbollah area)

In case you didn’t know… You’ve probably heard the word Hezbollah many times, but what does it mean exactly? Hezbollah is a Shia Islamic political party from Lebanon. The Lebanese Parliament is a clutter of several religious groups and Hezbollah controls around the 7% of it, as well as many areas of the country. Areas controlled by Hezbollah are strictly restricted and any kind of journalism is not allowed. Why? It’s a long story, but basically, this party is in conflict with many different groups and countries: from the USA and Israel to the Islamic State itself. The last terrorist attacks occurred in Lebanon have exclusively targeted Hezbollah areas and therefore, they are too paranoid to let anyone sneaking in their area. That’s the reason why I was detained.

– Captain: Do you know why are you here?

– Me: Because this is a Hezbollah territory and I am freely walking along the border with a big camera?

– Captain: Yes, but also because you could potentially be a spy

– Captain: From the Islamic State or Israel

– Me: I don’t know what to say. I am just a Spanish tourist who was interested in seeing the wall

– Captain: It’s the first time we see someone walking by himself along this border. Normally, the few foreigners who come to see the wall come by car and accompanied by local Lebanese

– Captain: We received many calls from people asking about you. A lot of questions were raised. We can never be sure.

Apparently, I was famous in the area already.

After all this questioning, they wanted to see each and every picture from both my iPhone and camera. I had pictures from the past 4-5 months and to be honest I didn’t care if they saw all those very personal pictures. The only thing I was worried about is that I knew things wouldn’t get better when they found those photos of some Lebanese soldiers I took in Beirut.

Obviously, they found them.

– Captain: Why did you take these pictures?

– Me: I don’t know… I just found it interesting… I think it’s exotic

– Me: I mean that in my country you don’t see soldiers with guns at every corner in the street

He deleted them together with a few photos of another Hezbollah area called Bourj el Barajneh. Luckily, I had them saved in my computer already.

– Captain: OK, do you know anyone in Lebanon?

– Me: Yes, I know several people, but you can call my friend Hadi

– Captain: Give me his number

The captain called my friend Hadi and at least, his story matched with mine. Then he told me:

I don’t know for how long I waited for, since I didn’t have my phone with me anymore. But it was so long and boring. Fortunately, they were pretty cool with me and they brought me coffee and one banana. Was it the Lebanese hospitality? Do they also offer bananas to actual potential terrorists?

After a long waiting time, the soldier came in. He told me that the Spanish Army has presence in Lebanon, so the captain called the General of the Spanish Army to ask about me. Then the general called someone in the Spanish Government or the Embassy to check if I had any suspicious records or background. Apparently, they were waiting for the General’s feedback.

– Soldier: Are you OK? You don’t need to be afraid, but we just need to make sure that you are not a spy

In the end, I was treated like a VIP guest

Finally, the captain showed up:

– Captain: OK, I believe everything is fine. You are free to go but you need to leave now and don’t come back to this area. Do you need help with anything?

– Me: Well, it’s kind of late and I don’t think I can make it back to Beirut by bus anymore… The last bus from Nabatiyeh to Saida was at around 5pm.

– Captain: OK. We have a unit which is going to Saida in a while. Maybe you can go with them and take a bus from Saida

– Me: That would be really cool! Thanks!

I still had some time before we left. I stayed at the base and hanged out with them for a while. I even showed them my website and told them that I will write a travel guide about Lebanon and tell everybody how cool their country is. I could see in their faces that they liked the idea, so I dared say:

– Me: Do you think I can go back to the wall and take a couple of pictures of those graffitis? I missed them and it would be nice to post them on my website. Please. What do you think?

They started to talk between them in Arabic and then the captain said:

– Captain: OK, but someone will come with you

I was accused and detained for potentially being an Islamic State spy. I was interrogated and left in a room for hours. They had to call a general of the Spanish Army to make sure I was not a dangerous human being, but in the end, I was treated as a VIP guest.

They brought me back to the city of Saida and not only someone accompanied me back to the wall, but he even allowed me to take a selfie with him. If you’ve ever been to Lebanon, you’ll know that this really unusual.

Permits – Going to Hezbollah areas in Lebanon requires a permit. It’s very easy to obtain and you can get it at the police station in the city of Saida. You get it instantly. Please note that a permit makes you eligible to enter into the area. It doesn’t mean that you can take pictures or walk freely along the wall.

How to get in? – From Beirut, go to Cola Station and take a bus to Saida (2,500LB, 30 minutes). From Saida, take a bus to Nabatiyeh (3,000LB, 30 minutes). In Nabatiyeh, you need to take a shared taxi towards Kfarkela (5,000LB, 25 minutes). You have to drop off as soon as you see the wall. Please note that you may have to wait for over an hour for the taxi to be completely full.

One tip – Around 7 kilometers south of Kfarkela, there’s the official United Nations military base where you can actually go. I know people who have been there and it’s totally fine. I didn’t go because I was detained. If you wish to go there, tell the taxi driver to drop you at the United Nations. 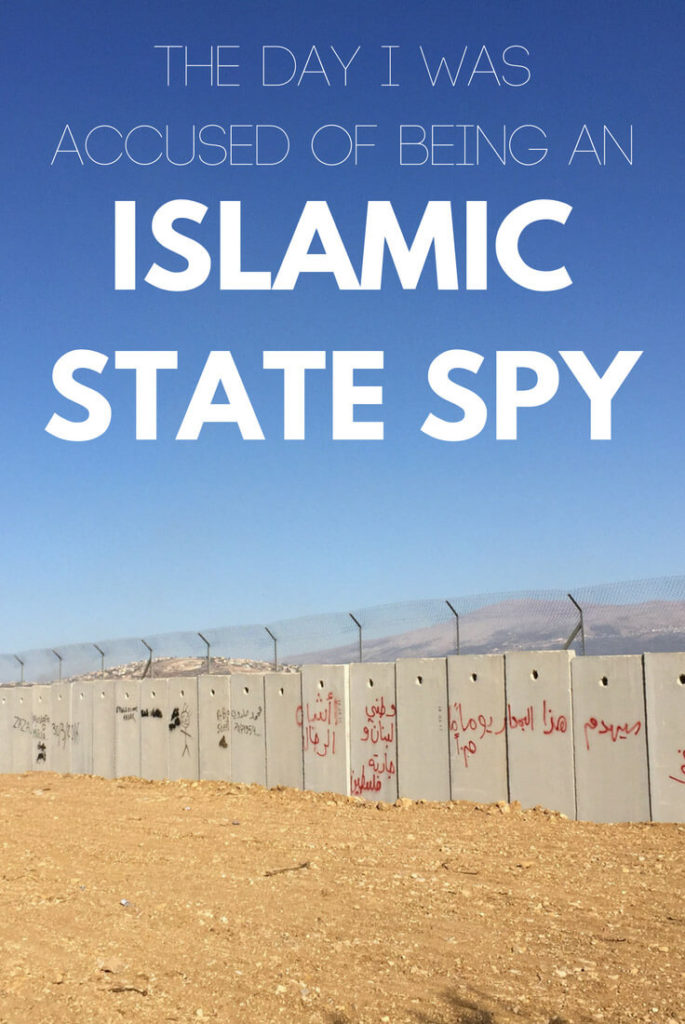