A glimpse on the culture of Ladakh 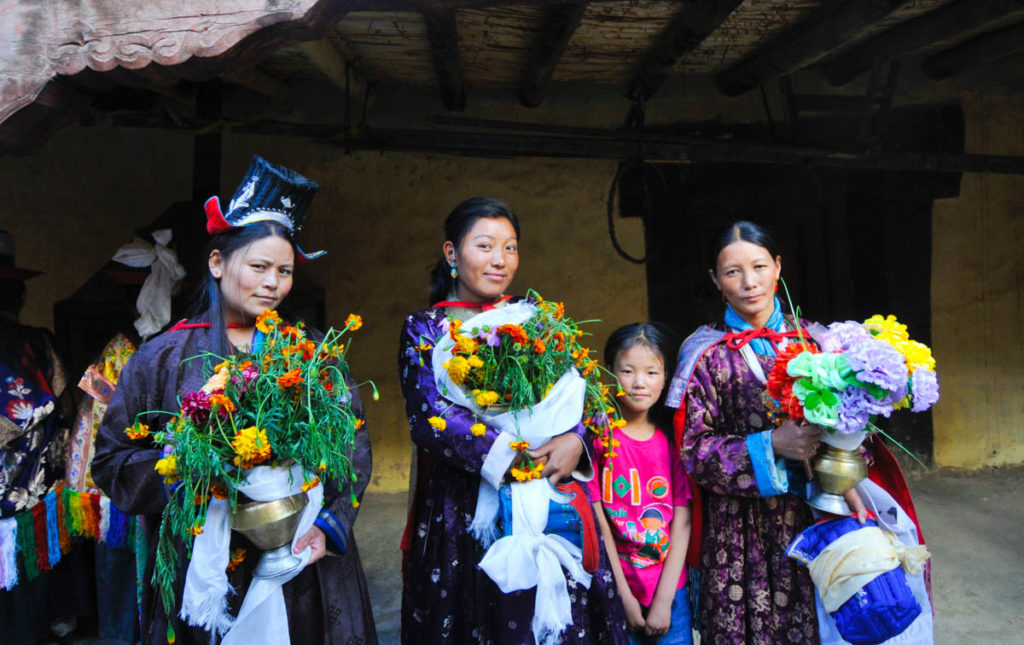 With 21 official languages and countless dialects, in India, one day you can relax at the tropical beaches of Kerala while eating a coconut curry. You can then drive up to Goa and enjoy some chorizo in a Portuguese restaurant and, later, fly to the Andaman Islands to see some real indigenous tribes. Finally, when you get tired of delightful beaches, you go north because you feel like hiking around Himalayas and learn about the Tibetan culture of Ladakh. 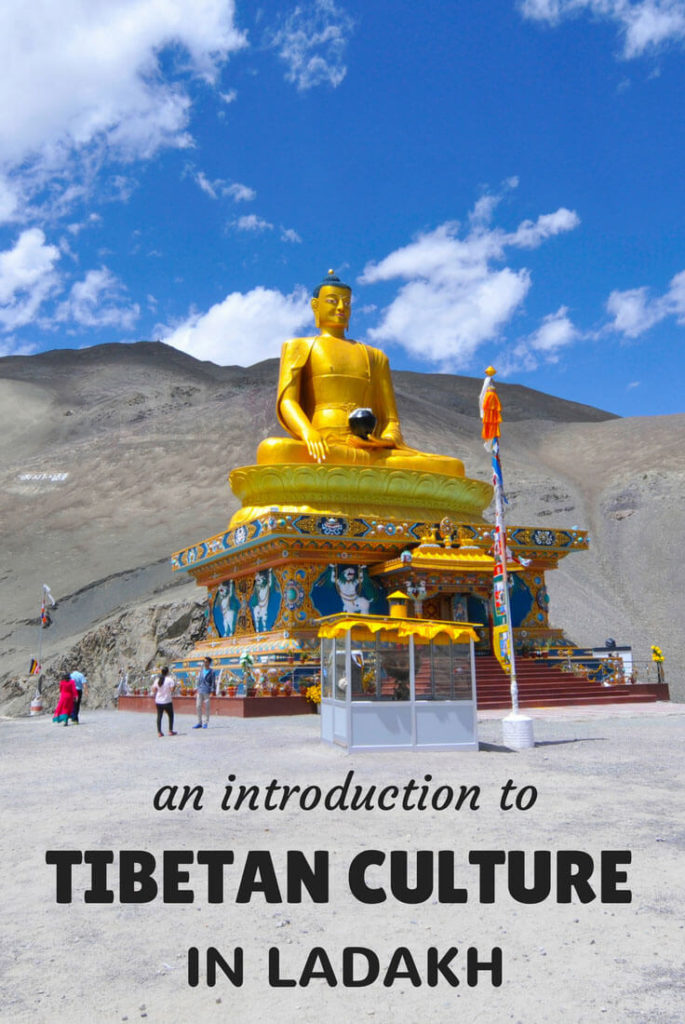 Yes, you read it correctly. You don’t need to travel to Tibet to enjoy the real Tibetan culture because, the culture of Ladakh, a very unique place in India, is very similar to the one in Tibet. Ladakh is a region that belongs to the Indian state of Jammu and Kashmir, which extends from the Kunlun mountain range to the Great Himalayas.

A short note on Ladakh and its history

During the 8th century, due to the Tibetan expansion from the east and the Chinese pressure from Central Asia, Ladakh was involved in a fight for merely being located right in the center. After this, Ladakh was never the same anymore and its protectorate was constantly changing hands between China and Ladakh. But, one day, (in the same century), after the break-up of the Tibetan Empire, a Tibetan royal annexed Ladakh to himself founded a a new dynasty.

As a consequence, a huge Tibetan population came to Ladakh and established roots in there. Ladakh started a tibetization process to the point that today, Tibetan is the official language and most of the population are culturally and ethnically similar to the actual people in Tibet. In addition, during the last decades, Ladakh has embraced thousands of Tibetan refugees who escaped after the invasion of China in 1959.

Ladakh culture – The role of Tibetan Buddhism in Ladakh

Ladakh is a high altitude region composed by giant arid mountains with freezing winters and extremely hot summers. Tibetan people in Ladakh have had to grow up in a very harsh environment and geographical conditions.

Surviving in these conditions is what makes the culture of Ladakh so unique and, above all, strong. They have had to get through a place where growing any kind of vegetable is almost a challenge. But despite of the arid land and the short period of growing season, people in Ladakh have achieved a perfect system of self-sufficiency which serves as an inspiration to people in the West.

Yes, Tibetans are strong people who are used to live in the most extreme climates. To be able to survive in such a region you need to be mentally prepared and a big part of this strength comes from their Buddhist faith. Buddhist religion plays an important role in Tibetan society. The philosophy taught by Buddha defines their way of living, thinking, loving and planning their future.

It’s not surprising at all that the day Dalai Lama itself came to Ladakh to give a 4 hours speech about Buddhism, thousands of Ladakhis gathered to attend such an event. I was there absolutely by chance and it felt like being in a European music festival.

Ladakh culture revolves around Buddhism and gompas are its cultural center. What is a gompa? A gompa is a fortification where Buddhist monks live and learn about Buddhism. It’s sort of a University Campus for Buddhist monks which lasts for life. In Ladakh, there’s a gompa in almost every village and normally they are located at the highest point of it. Some of them are like actual small towns. 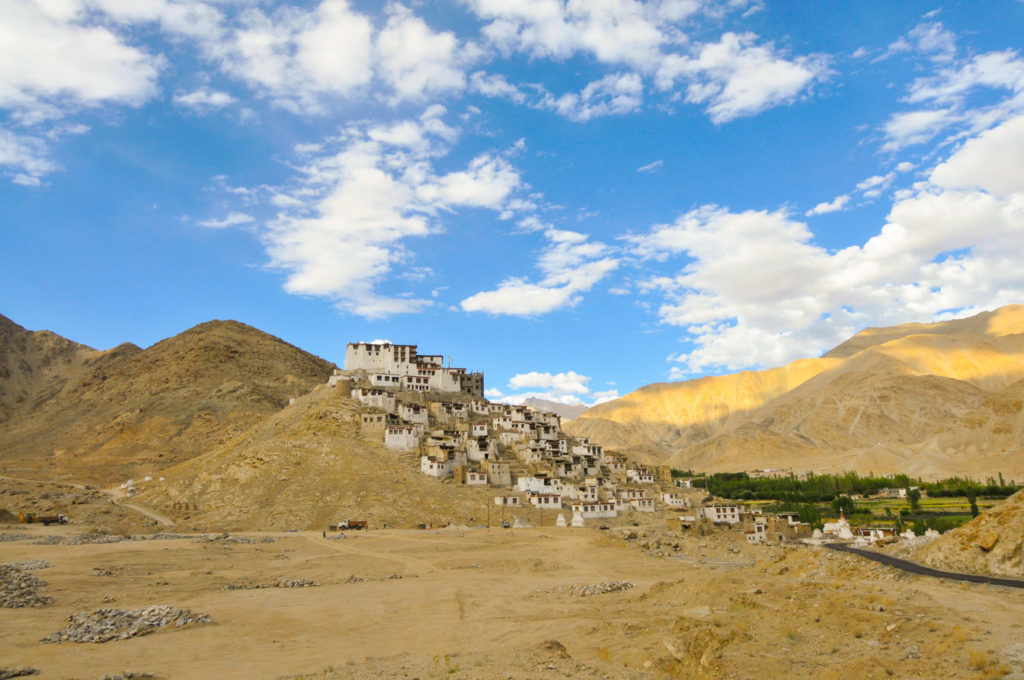 The only place on Earth where Tibetan Buddhism is accessible

Visiting a gompa is one of the best things you can do in Ladakh. Why? Because they are not only architecturally impressive but it’s the only place where you can experience Tibetan Buddhism so closely. In Tibet, Buddhist society is not very accessible and foreigners are not welcome. You can’t just wander on your own and talk to monks.

In Ladakh, when you enter a gompa, monks talk to you and try to establish a conversation. You can freely take pictures of whatever you want and if you are lucky and you meet a cool one he will even show you around. I met this monk whose name I can’t remember: 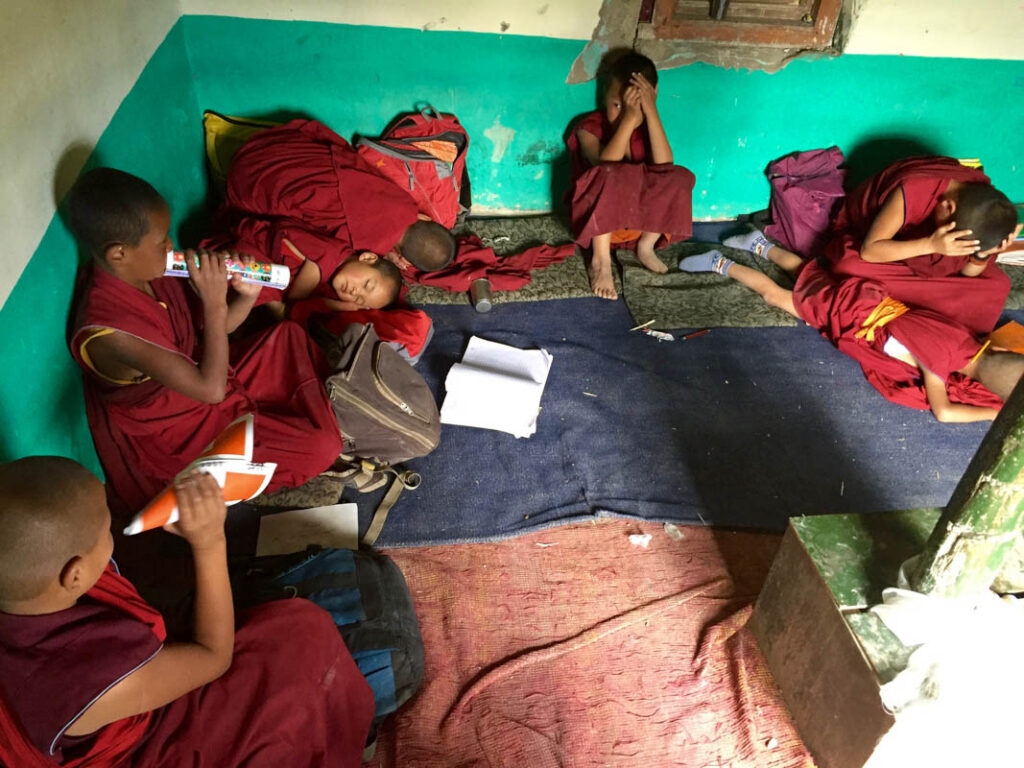 Kids move into gompas since they are very small. He told me that traditionally, families make at least one of their sons turn in to Buddhism and since very young, they are taught the doctrine and philosophy of Buddha. The classroom where they were being taught was rather small and dark. There were no chairs, or desks. All they had were books and were sitting on the floor. I went there during the after lunch break. Some of the kids were taking naps.

While you keep on walking around, you realize that this is not only a Campus where monks of all ages live, but it’s an actual town with proper houses and all services. Monks live in these cozy houses and they actually get the best views ever.

Gompas are also a place where Tibetan monks communicate to the world artistically through golden statues and colorful murals heavily loaded with symbolism. What is surprising about all this art is that its colors don’t have any sort of similarity with the arid and brownish Ladakh landscape, but they express the highest level of colorful creativity.

The wheel of life

The most distinctive element which is common across all gompas is the wheel of life. This form of art basically represents the real concept behind Buddhism, which reminds us that every action has its consequences. This concept is taught to every child from the very beginning.

There are an endless number of gompas, but in my opinion, the ones you can’t miss and are part of the ”campus” concept are: Matho, a monastery barely visited by tourists. Then there’s Thiksey, the most popular and biggest one which even has a hotel. Hemis, the most sumptuous one. And last, my favorite one which is Chemrey, built on the top of a steep hill. I liked it so much that I decided to make it my landing page photo.

The culture of Ladakh is the main reason to visit this fascinating little part of India.