Visiting Hebron: The most troubled city in Palestine 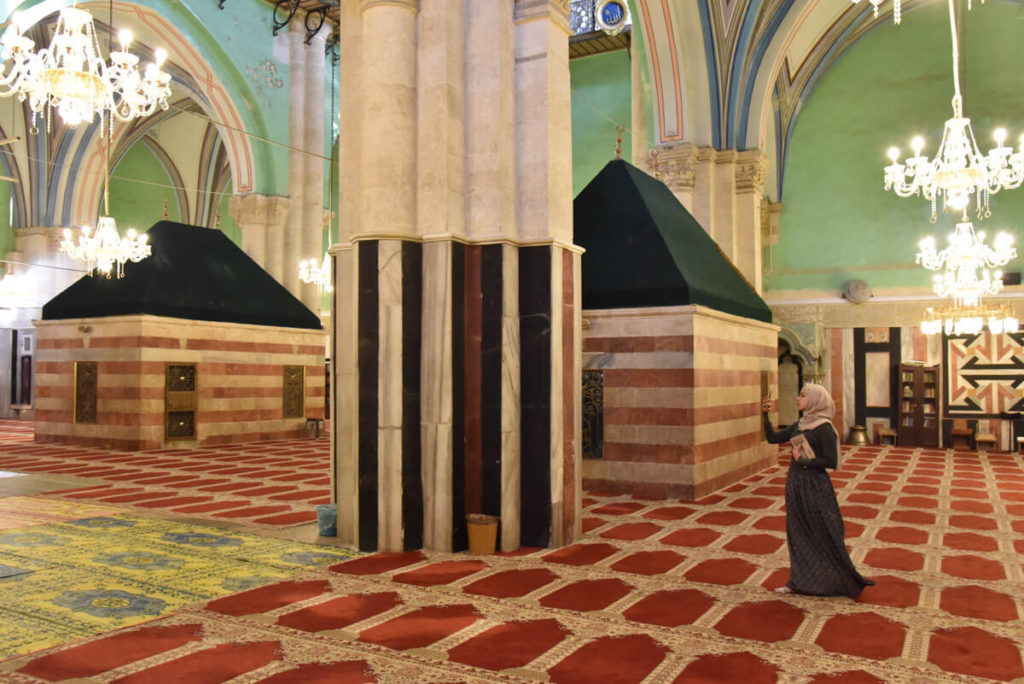 For a complete travel guide to the country, read: my guide for traveling to Palestine (Itinerary + Tips)

Visiting Hebron: The most troubled city in Palestine

This article is aimed at travelers interested in visiting Hebron, so I have tried to give an objective opinion about the conflict, based on what both Palestinians and Israeli settlers told me.

What’s my actual opinion? If you would like to discuss it further with me, please leave a comment below.

Hebron, the largest city in the West Bank, is located in the south of the region. In case you didn’t know, Palestine is divided into two regions: the West Bank and the Gaza Strip, both separated by the state of Israel.

The city of Hebron has one peculiarity, which is that it is the only city in Palestine where Jewish settlements are within the city center itself. It’s quite a critical situation.

And why is that so? In order to understand it, we should look back at its history.

A piece of (very short) history

The history of Hebron is complicated but, summarizing, Jews have been present in this city from Biblical times, and Muslims have also lived there for many centuries.

In the middle of the 19th century, there were just a few Jewish communities and Hebron was deeply Islamic, with a tradition of hostility to Jews.

Due to Zionism, the number of Jewish people kept increasing, however, in 1929, the Arabs committed a massacre, killing around seventy Jews.

The survivors were forced to leave Hebron.

In 1967, after the 6 Days War, Hebron came under Israeli control. From then, given its strong religious symbolism, the Israeli Government started to build settlements within the Old City itself.

Read: The art of the Palestine – Visiting the kuffiyah factory in Hebron

If you own a passport which doesn’t belong to a Muslim country, it’s possible to visit both sides. Otherwise, it won’t be possible for you to visit the settlements and synagogue.

The full itinerary takes 5 or 6 hours approximately, going slowly and including a lunch break and visiting the Cave of patriarchs (from both sides).

H1 – The Palestinian side

In the old city of Hebron, what used to be a busy market, full of joy and happiness, is today nothing but a semi-abandoned area, whose inhabitants can’t avoid expressing their hatred of the settlers, every time they meet a foreigner.

Most of the Old City is covered by a metal fence, to protect the street and the people from settlers throwing garbage at them, from their houses. After the fence was built, the settlers started throwing bleach, eggs, and excrements as well.

The Arab buildings situated in front of the Jewish buildings are also a target for the settlers and, for this reason, their balconies and windows are protected with strong metal bars.

Some Palestinians claim that, occasionally, the settlers have even thrown Molotov cocktails at them.

The Israeli Army doesn’t do anything to prevent this sort of violence from the settlers. However, they have the right to shoot at any Palestinian who attempts violence against any settler, even if it’s in self-defense.

Many streets in the Old City were just abandoned, and business and shops were closed, either because they were afraid of the settlers or because the Israeli authorities blocked them, for security reasons.

After the H1 itinerary, you find a checkpoint to access Abraham’s tomb.

Abraham’s tomb is literally located between the synagogue and the mosque, so it’s visible from both sites. However, in 1994, an American Jewish entered the mosque and opened fire, killing 24 Palestinians, during prayer time on a Friday in Ramadan.

It was a real act of cruelty that moved the entire world. Since then, the security checkpoints have become just insane and Jews can’t enter the mosque and Muslims can’t enter the synagogue.

Abraham’s Tomb, which is the area shared by both religions, is separated by a bulletproof window. This place is just crazy.

H2 – The Jewish side

The Jewish side is of less interest than the Palestinian for the simple reason that it’s just a residential area. The streets, which used to be busy, have become mere transit roads for the military.

On these streets, there are still a few Arab families living. To protest against that, some Jews painted the star of David on each one of their doors.

If you wish to have a broad and generic opinion about the conflict in Hebron, I suggest you talk to any settler living there and let them tell you their side of the story.

Since they’ve received a lot of international criticism, many of them will be happy to share their version with you.

Basically, they will talk to you about the 1929 massacre, when Arabs killed over 60 Jews. The Jews have inhabited Hebron since Biblical times and Abraham’s tomb is one of the holiest places for their religion.

They have the right to live in Hebron and banning them from living there would be the equivalent of banning Muslims from visiting or living in Mecca.

They also say that the Israeli Government and Jewish Institutions in New York are offering 20 million USD to every Palestinian family who leaves their house in the Old City.

However, the Palestinians refuse it for two reasons: Firstly, they claim that, according to the Quran, if they accepted, they would go straight to hell for helping the enemy. Secondly, because if they did, they would have to leave the country because all Palestinians would exclude them from their society.

Like a good Palestinian friend of mine once told me, the reality is so complex that we will never be able to know the real truth.

Tours – GetYourGuide offers tours which can be booked with just one click and always count with professional local guides. Their Hebron tour is run by a very passionate local dude. CLICK HERE TO LEARN MORE.

Is it safe to visit? – Yes. Violence is occasional and it would never target foreigners. Besides, the weapons used are bleach and excrements rather than bullets.

Where to eat – Around the Old City, you’ll just find Arab fast food. The area containing all the restaurants serving traditional food is far away from the city center. These are the coordinates: 31.5550231,35.0997087. However, unless you spend the night in Hebron, you won’t have time to go there.

Where to stay in Hebron

Backpacker’s Hostel – Hostel Hebron – The most popular hostel in Hebron. With a set of pretty new facilities and awesome reviews, this hostel is located next to the old city.

NGO Hostel – Lamar Hostel – This hostel is owned by the Hebron Rehabilitation Committee (HRC), an organization which aims at providing with decent housing to Palestinians living in the Old City. If you stay here, you will help to improve the life of the many Palestinians suffering in Hebron.

Couchsurfing at Mo’s – Mo is a Palestinian who has hosted over hundreds of people in Hebron. He was more than happy to be included in my guide Meeting Mo was one of the highlights of my trip! 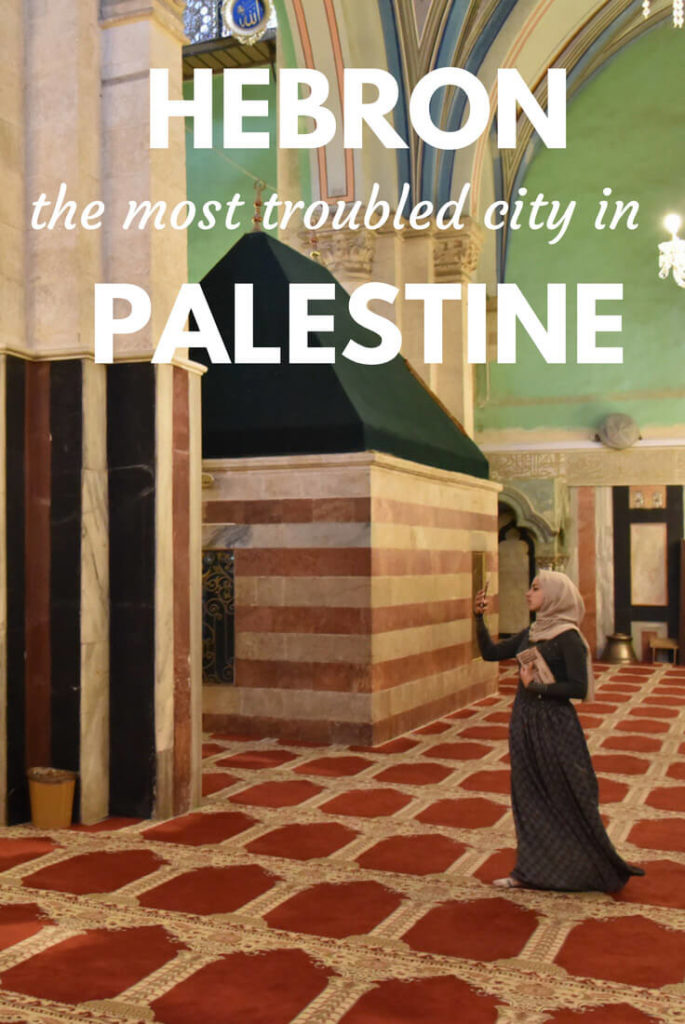