Everything You Need To Know About Taxis In Iran

Taxis in Iran can be extremely confusing. Any car can be a taxi, none of them have meters, and all drivers will try to rip you off. Here’s everything you need to know about the taxi system in Iran, to keep you from being ripped off… too often.

The ridehailing app Snapp has recently been introduced in Iran. In most major cities it is now possible to order a Snapp from your smartphone. Snapp works similar to other ridehailing apps, and it charges roughly 10,000 IRR per kilimeter ($0,08). You can download it from the App Store or Play Store, and it works in English. For more info check this guide on how Snapp works.

In Iran, every other car is a taxi. Some are yellow, some are not. Some have taxi signs, some do not. None have meters, and all will honk to offer you rides.

We’ve been nothing but positive about Iranians, but an exception needs to be made for taxi drivers. Although not as bad as other countries, taxi drivers in Iran will always, always try to make an extra buck off of you.

Drivers quote prices ranging from a ludicrous 5 times the regular price, to a deceptively reasonable 2-3 times the standard fare. It also doesn’t help that there is a difference between private taxis (dar baste, closed door), and shared taxis (savaris or na dar baste), despite the cars often looking the same.

Want to continue reading Lost with Purpose while you’re in Iran? Make sure to get a VPN that works in Iran before you go! 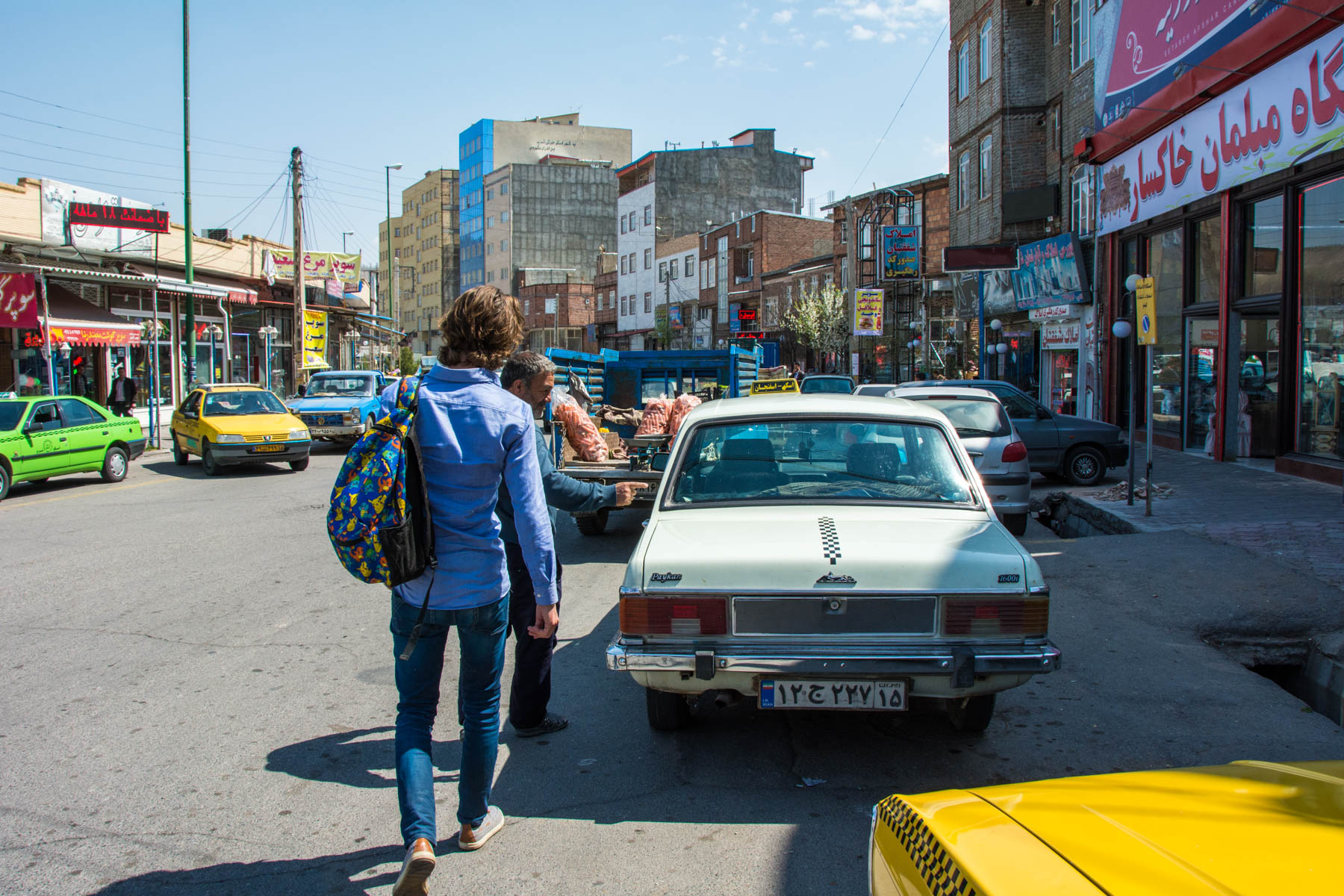 We were woefully ripped off when taking this private taxi to Kandovan, the Cappadocia of Iran.

As the name suggests, private taxis are for you, and you alone. Virtually any car in Iran can be hailed as a private taxi, and many shared taxi drivers will try to get you to go dar baste, simply because they can charge more.

There doesn’t seem to be any logic behind the pricing of a private taxi. We’ve tried to adhere loosely to prices mentioned in the Iran Lonely Planet, but more often than not, we paid something way off from their estimate… in both directions. We’ve paid way more and way less, and it took us a while to figure out if that was on us, or the guide. Here’s what we’ve figured out after our weeks in Iran: 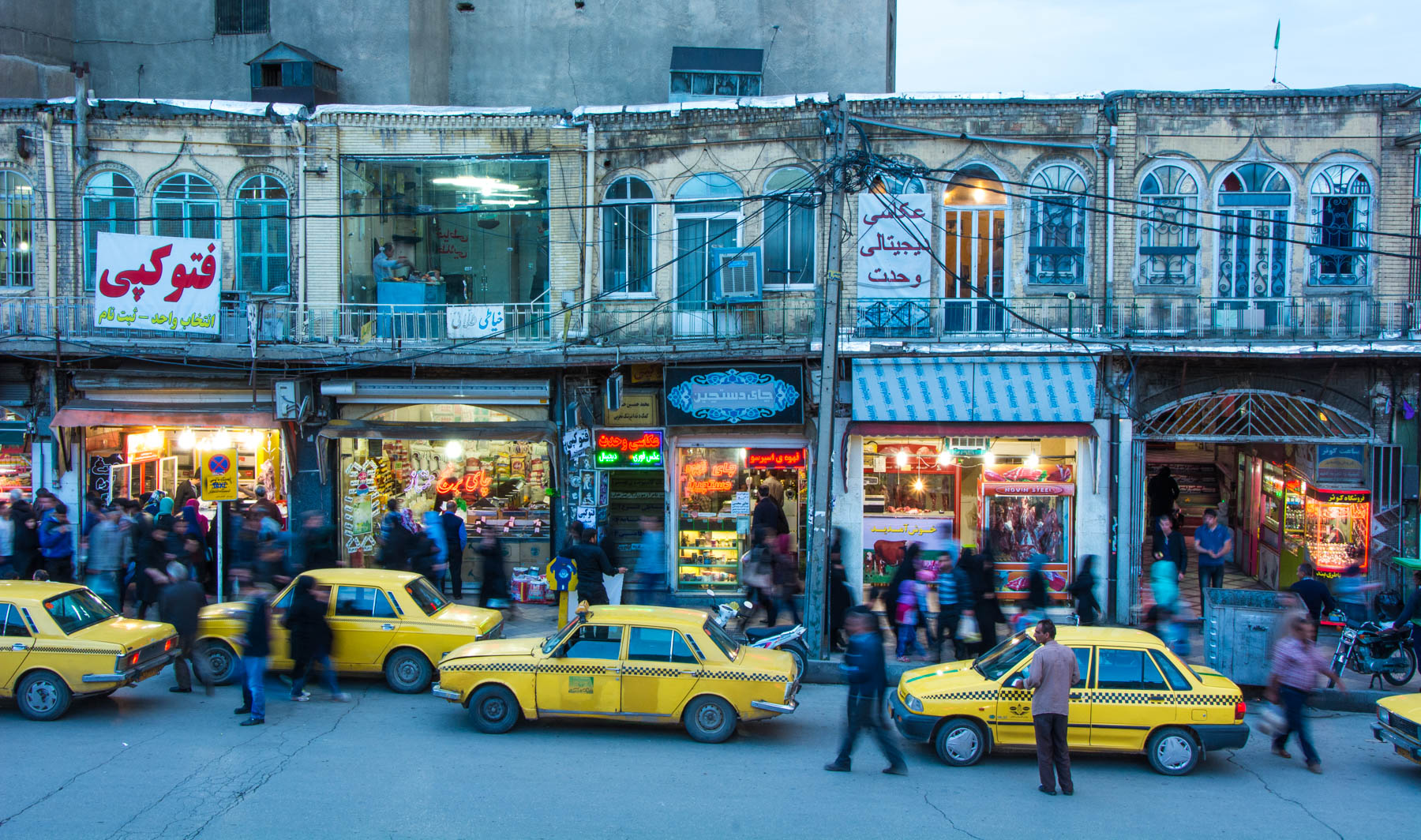 A line of savaris (… or… private taxis?) in Hamedan, a city in Kurdistan.

Shared taxis are called savaris, and you can take them on both inter- and intra-city routes.

Most intercity (from one city to another) savari stations are easy to spot. There will be a cluster of taxis, usually near a main square or bus terminal, and drivers will shout the name of the city or town they’re driving to. These savaris generally have set prices and routes, and are on a per-person basis. 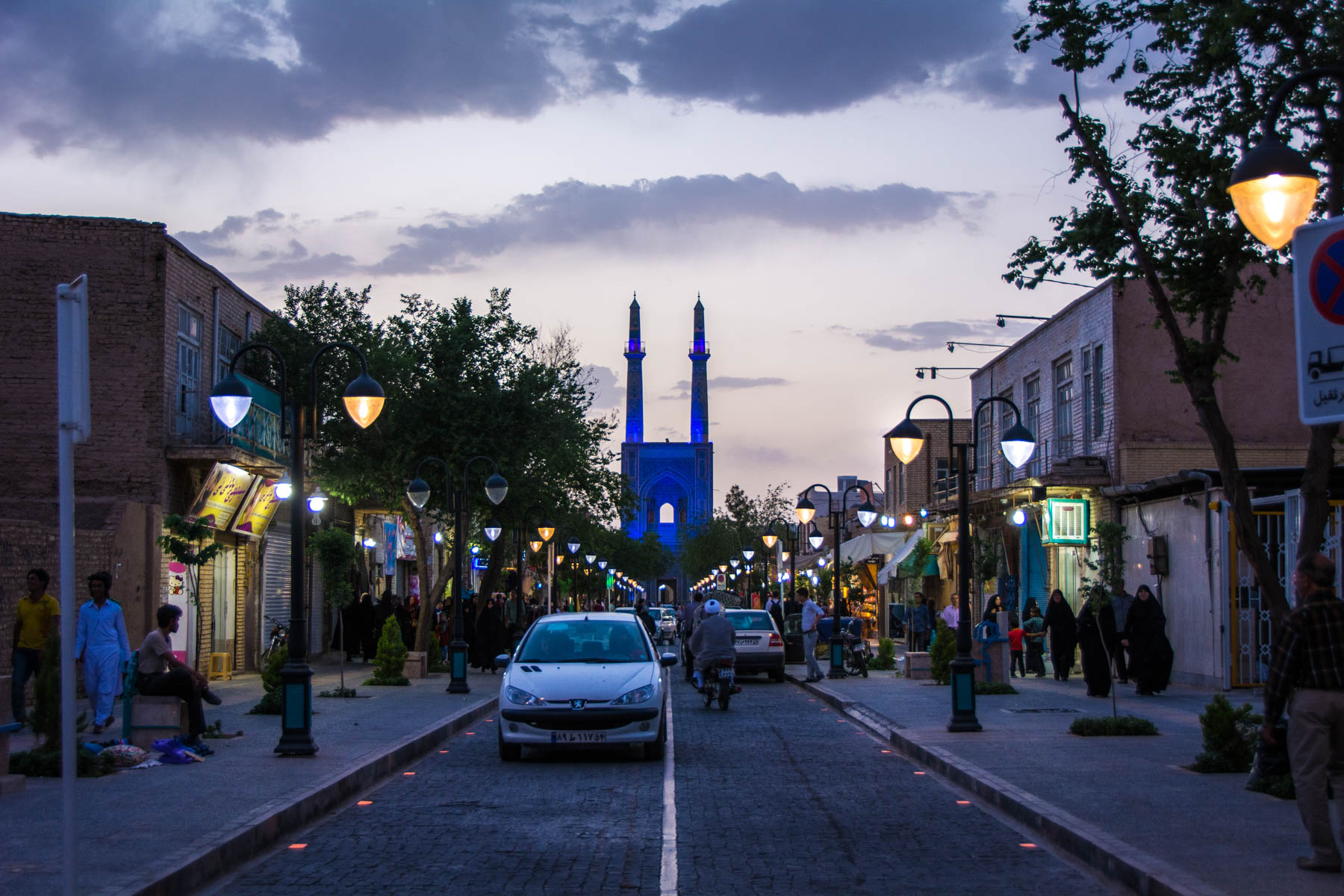 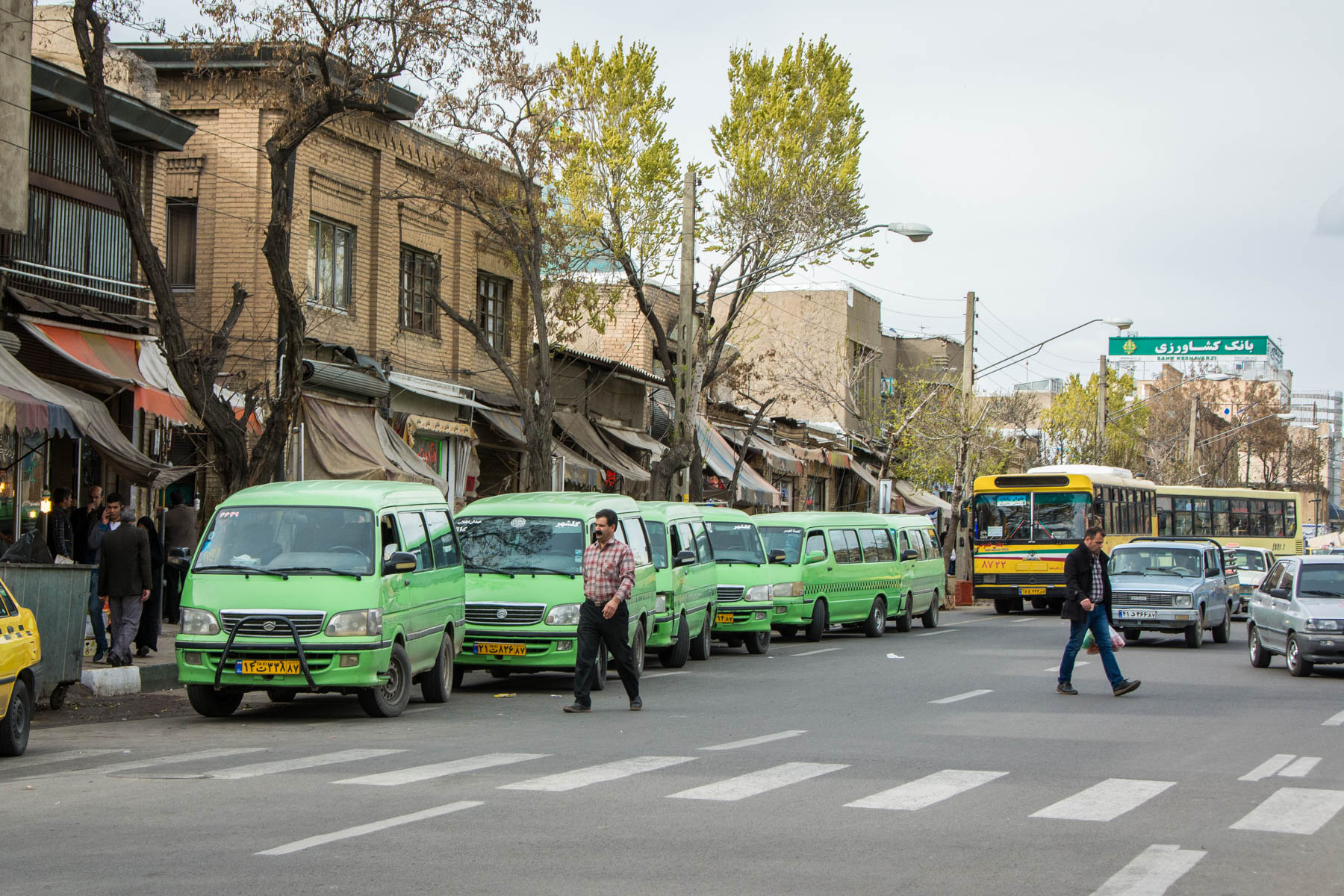 Hopefully, this guide will help you make some sense of the confusing world of taxis in Iran. 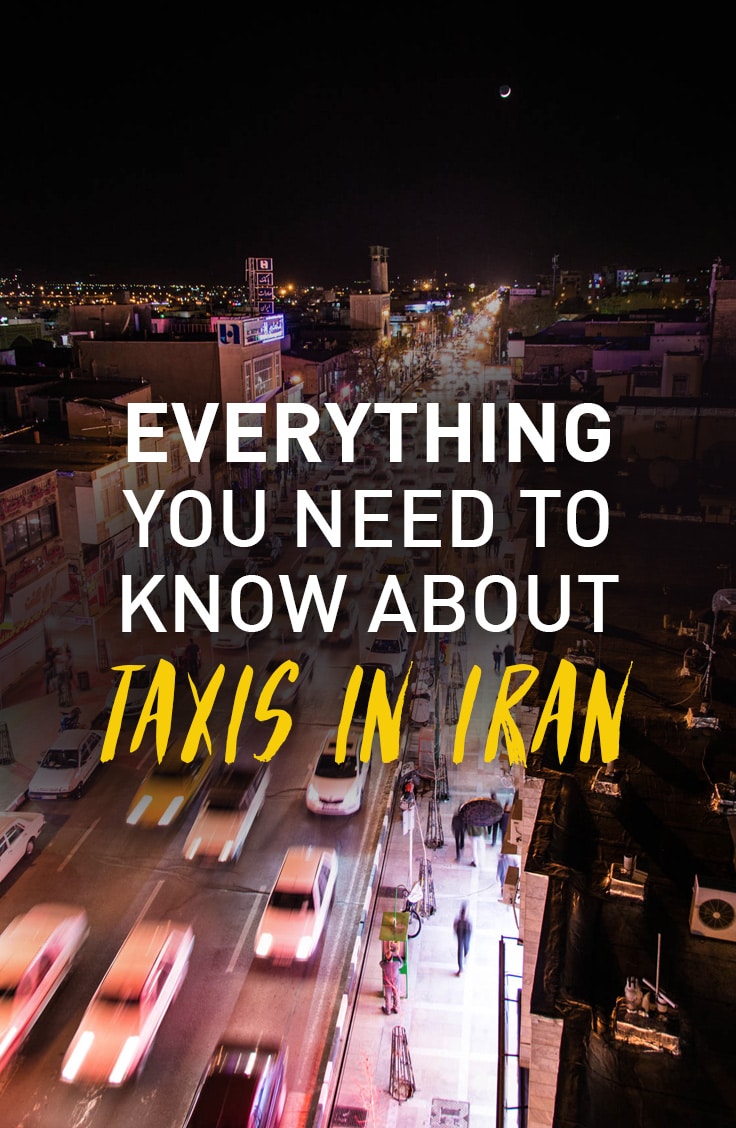 Did you find this helpful? Pin it so others can find it as well!